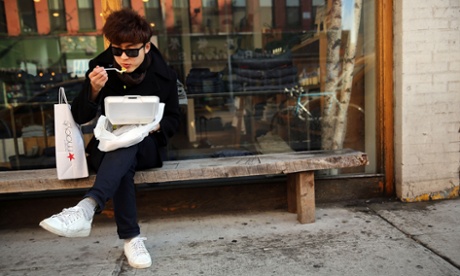 Washington DC is giving foam carry-out containers the boot in an effort to make the city more sustainable. The DC Council on Monday approved the ban as part of a broader environmental package introduced by Mayor Vincent Gray.

The provision bans restaurants, cafés, grocery stores and food trucks from using disposable food or drink containers made of polystyrene foam, commonly known by the brand name Styrofoam. Polystyrene foam is almost virtually non-biodegradable, which has made it a target for environmental activists.

The ban was opposed by the plastics industry, which said it would raise operating costs for restaurants that offer take-out, and place an unnecessary burden on businesses and consumers. But supporters argued that the ban would result in less foam trash in the Anacostia river, which runs through the heart of the nation’s capital.

The polystyrene foam ban puts DC in step with Seattle and San Francisco, among other cities that have adopted or are still debating similar legislation.

In 2010, DC imposed a 5¢ fee on plastic bags that has raised roughly $2m a year for river clean-up. Environmental groups say the tax has helped keep plastic  bags out of DC’s river.

Pending the mayor’s signature and a congressional review, the ban is set to take effect in 2016, two years earlier than Gray had requested.