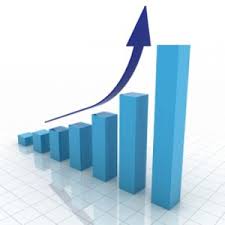 Players in Italy report that sellers have had to step back from their initial hike requests to settle for increases closer to the increase in the propylene contract as per the pricing service of ChemOrbis. Supply limitations remain in place, but buyers claim that demand is balanced with supply and are offering resistance to sellers’ hike requests.

A houseware manufacturer commented, “Our West European supplier is seeking €20/ton increases for the month, but we are trying to negotiate to keep the increase at the same level as the €10/ton rise in the monomer contract. We have not received offers from Central Europe as supply in that region is short, but we managed to purchase some locally-held South Korean PP block copolymer at an attractive price.” A distributor said that they purchased West European PP with €10/ton increases after their suppliers had initially asked for €40-50/ton hikes. “Supply and demand are mostly balanced now. We think that demand will pick up in May in line with the season and we believe that prices may witness some increases next month.”

Another distributor reported concluding a deal for Central European homo-PP with a rollover from last month. “Our availability was limited for this month, but we agreed to rollovers in order to maintain our competitiveness,” the distributor said. A compounder reported that they paid €20/ton increases for a Central European origin while adding that they concluded some deals for South European and South African cargoes with smaller increases of €10/ton. “We had to pay a relatively larger increase for Central European PP due to limited availability for this origin,” the compounder reported.

A converter in the packaging sector said that they received an offer for West European homo-PP injection with a monthly increase of €20/ton. “We are currently negotiating with our supplier and we do not want to pay more than the propylene increase. We are in no rush to finalize our purchases as we are not seeing satisfactory demand for our end products,” the buyer stated.

According to ChemOrbis, a distributor said that their West European supplier initially asked for a €40/ton price hike while adding that they are currently offering with €20/ton increases as the initial price target proved to be unworkable. “We are also offering some Central European and Middle Eastern cargoes, although availability for these origins is limited,” the distributor commented.

Author plasticsinfomart 69
PVC export prices out of the US Gulf have made sizeable gains this week as the market remained tight in the US and across...
Read More