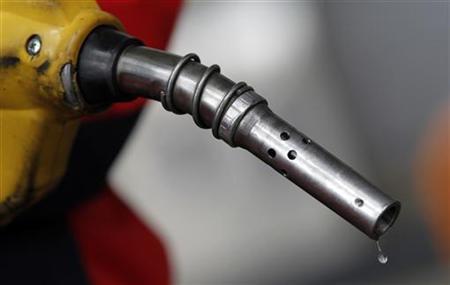 The price of oil slipped below $103 per barrel following weak economic reports out of China and Europe.

China, the second-largest oil consumer after the U.S., said its economy grew by just 8.1 percent from January to March. While that would be strong growth for most countries, it was the weakest in three years for China. A slowdown in China could have major implications for oil prices, since its burgeoning cities and factories have been among the primary drivers of world oil demand.

In Europe, massive national debts continued to worry investors. Yields rose on government bonds issued by Italy and Spain, meaning those countries will have to pay more to borrow money from investors.

Benchmark U.S. crude fell by 81 cents to end at $102.83 per barrel on Friday in New York. Brent crude lost 31 cents to end at $121.21 per barrel in London.
Retail U.S. gasoline prices fell for the seventh day in a row, to a national average of $3.90 per gallon, according to AAA, Wright Express and Oil Price Information Service. A gallon of regular has dropped by about 3.5 cents in the past week.