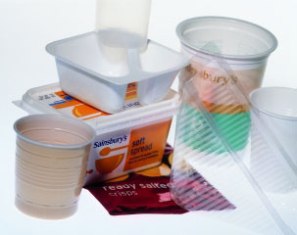 At the Viridor MRF, mixed plastics are separated from other materials using infrared optical sorters and air jets. The separated material is then flaked, washed and sold to reprocessors in Germany, France and China.

The council cited improvements to its recycling rate and the boost to income that it would receive as a result of collecting the material as the reason it had opted to include mixed plastics in its collections. Viridor will pay the council £5 for every tonne of mixed plastic that it receives.

Councillor Michael Filer, cabinet portfolio holder for transport, cleansing and waste, said: “This is something we have wanted to do for a long time. I would encourage all residents to help us by recycling plastic food containers which will improve the local environment and save public money. We are currently the best in the country for recycling and waste management and together we can recycle more and waste less.

“By taking waste out of the general containers and adding to our recycling we are not only saving £80 per tonne payment but actually receiving £5 per tonne instead. This in turn contributes to our overall council tax payments which have shown no increase for both 2011/12 but also 2012/13.”

In 2010/11 Bournemouth council achieved a recycling rate of 63%, one of the highest in England (see letsrecycle.com story), but it predicts that around 10,000 tonnes of recyclable material is still being placed in residual waste by residents each year.

The council’s waste and resources projects manager, Georgina Lamb, said: “Residents have been keen to recycle plastic food containers such as fruit punnets and margarine tubs for a number of years. We are very pleased we can now offer this service in partnership with our recycling contractor, Viridor Waste Management we will continue to improve recycling services for Bournemouth residents.”

Viridor national recycling manager Bill Griffiths, said: “It’s great news that the residents of Bournemouth are now able to recycle a much wider range of plastic items such as yoghurt pots and food trays in addition to plastic bottles. The recycling placed in bins will be sorted and separated at a designated MRF into individual materials types ready for the next stage of the recycling process.”

US scrap plastic exports on the rise during April