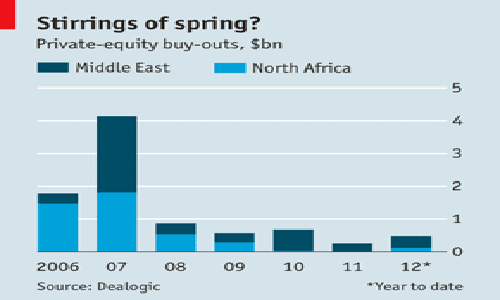 PP and PE prices tracked a firmer trend in the Middle East and Africa for August as per the pricing service of ChemOrbis. According to players operating in these regions, import and local market levels both moved up from July. Overall availability is reported to still be limited but it is somewhat more comfortable than July since a major Middle Eastern producer’s quota amounts were said to have improved when compared with the previous months.

In the United Arab Emirates, a distributor offers Middle Eastern material for August with $10-20/ton increases from July. “We believe that political tensions in some Middle Eastern countries are affecting upstream costs and therefore, price levels are increasing. Prices probably reached peak levels, but volatile upstream markets are preventing us from having a solid outlook on polymer markets. Nevertheless, demand is improving slightly since buyers are coming back to the market after the Ramadan holiday,” he further added.

In Jordan, a converter received August offers from a major Saudi Arabian producer with $20-30/ton increases. “The Saudi producer’s supplies are comfortable, but other Middle Eastern producers’ supplies are limited for August. Demand is performing poorly and the situation in Iraq continues to dampen our export sales. We believe that $10-20/ton discounts will be achievable on deals.”

In Saudi Arabia, a distributor obtained new prices with mostly $10-20/ton increases. According to this distributor, a major Middle Eastern producer still holds limited PE quotas for August. “Demand for PE is performing well. Due to diminishing stock levels during the high season in the month of Ramadan, most converters are returning to the market to make fresh purchases. Therefore, we believe that the market is likely to absorb sellers’ new prices,” he further added.

Another distributor operating in Saudi Arabia said, “A Middle Eastern producer’s availability is very tight given their ongoing shutdown. We already paid for July cargoes from this producer, but we still have not received our goods. Meanwhile, the local demand situation is still not clear following the Ramadan holiday, but we see good buying interest from other global markets,” he added.

Meanwhile, in Lebanon, players are still awaiting the new August prices. A converter remarked, “Overall demand was good in Ramadan, but it slowed down recently. Most converters secured cargoes in July, so we don’t believe August demand will be strong. Apart from this, political issues still persist in our country and this is another factor dampening the buying interest.”

According to the converter, overall demand was good during Ramadan but it has slowed down since the Ramadan holiday. “We feel that supply levels from a major Saudi Arabian producer are sufficient for this month,” he further added.

In Nigeria, meanwhile, the domestic PP and PE producer issued NGN3000-6000/ton ($19-37/ton) increases despite the general expectations of a rollover given the slow demand amidst the rainy season in the country. However, towards the end July, some players had started to highlight their expectations of firmer prices given the bullish import trend and the domestic producer’s problematic deliveries due to their limited availability.

Author plasticsinfomart 99
The global Chemical Mechanical Polishing Machine (CMP) market size is expected to gain market growth in the forecast period of 2020 to 2025, with a...
Read More