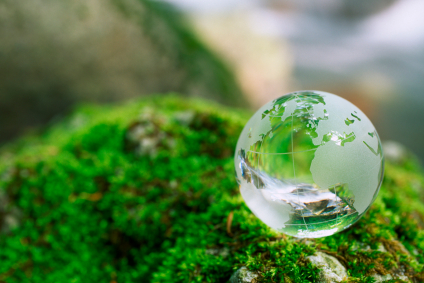 Earth Day takes place Sunday, April 22. How do you plan to celebrate it?

Okay, I know Earth Day may not have the same appeal as Easter or 4th of July where families and friends come together for food and bonding, but Earth Day does help to serve as an important reminder that a small change can make a big difference in reducing waste.

In all the news and reporting about Earth Day, it’s hard to ignore some people’s frustration about the lack of recycling plastic bags, bottles, etc. The national recycling rates in the U.S. seem to remain at about 34%.

But recent studies conducted in the U.S. and Canada show there is access to plastics recycling.

More than 91% of the U.S. population can recycle their plastic bags locally, and additionally, nearly 75% of people living in the U.S. can recycle other types of flexible plastic wraps in their own communities, according to a new study conducted by Moore Recycling Associates Inc.

The study, which looked at flexible polyethylene film, a category that includes flexible plastic bags, sacks and many product wraps, identified more than 15,000 drop-off locations that collect these items for recycling.

Various companies are doing its part to encourage consumers to help increase the recycling rate.

Target Corp. recently announced it will offer guests more than $50 in savings on sustainable products throughout April in its stores and via a limited-time website.

In addition, the company is partnering with Recyclebank, an organization that promotes sustainable decisions by allowing individuals to earn rewards for actions like recycling and reducing water use.

In a show of support for New York City’s pledge to double recycle efforts by 2017, Honest Tea and partners GrowNYC, Recyclebank, Coca-Cola Live Positively, Global Inheritance and Five-Boro Green Services will place a 30-foot tall recycling bin in Times Square and attempt to crowd-source recycle more than 45,000 plastic, glass and aluminum beverage containers in ten hours. The plastic bottles collected will be recycled into gardening supplies including shovels, watering cans and plastic lumber, which will be used to build and cultivate an urban garden for PS 102, an elementary school in Harlem.

While we are reminded to recycle, a Toronto-based artist is embracing reusability.

On her Facebook fan page, Harvey is asking fans to come by the World Financial Center and drop off their clean plastic recyclables to use for the exhibit. The chandelier will remain in its NYC location through May 11.

When asked why she uses plastic materials for art, she said because “they’re free and cheap.”

Also, don’t forget about ReThink Fabrics, a company we covered a few weeks back that is a branded manufacturer of t-shirts and apparel produced with recycled PET bottles. The company’s signature line of t-shirts is made from 100% post-consumer recycled polyester RPET fabric.

Anne Sodemann, CEO of ReThink Fabrics, told me, “What was appealing was the message about what you can do with a material that some perceive as waste, and turn it into a valuable resource,” she said. “Instead of throwing plastic bottles into a landfill, why not make it into a t-shirt?”

Now it’s your turn. Share your company’s story about sustainable practices in plastic packaging. Or talk to us about your company’s recycling initiatives. How will you celebrate Earth Day? Let’s get a conversation started!

Arburg at MSV 2021: “Smart” and digitalised for efficient injection moulding