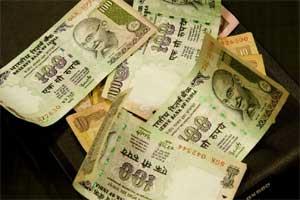 Middle Eastern producers came with their new PP and PE offers for November in Asia and Europe last week while they have just started to announce their new prices to the Middle Eastern markets including Turkey, Egypt and UEA, where players were mostly sidelined due to the Eid holiday last week, as per the pricing service of ChemOrbis.

In China, at least two Saudi Arabian producers came with $30/ton decreases for November PP offers last week while they have concluded deals conceding to an additional discount of $10/ton this week. A source from a regional producer’s Shanghai office commented, “We are receiving even much lower bids, standing $10-20/ton below our done deal prices.”

A different Saudi Arabian producer approached the Chinese market with $10-20/ton decreases for November HDPE and LLDPE film prices. “We have provided a further discount for HDPE film this week; otherwise, we cannot convince our customers to accept our prices. As for LLDPE, the bids we are receiving are standing $50/ton below our offers and we cannot afford to match these levels,” a company source commented. A Middle Eastern producer who announced LDPE and LLDPE film prices $10/ton lower for November last week said, “We are free from stock pressure. However, our offer levels are seeing almost no buy interest since much lower offers are available from distributors and traders.”

In Southeast Asia, a Saudi Arabian producer reduced its PP offers by $50-60/ton last week while their HDPE and LLDPE offers were down by $40-50/ton from October. A company source told ChemOrbis, “Although our new offers are in line with the prevailing market level, we may concede to additional discounts depending on the volume of the purchase.” A Middle Eastern producer cut its November LLDPE prices by $30/ton to Southeast Asia last week. “The LLDPE market is likely to soften further in the near term given the plunging crude oil prices and the widespread waiting stance of buyers,” commented a company source.

Players in Italy also reported a November homo PP offer from a Saudi Arabian producer with €50/ton decreases from last month. The buyer receiving the offer commented, “Even though this price is standing at least €40-50/ton below the lowest price available in the local market, we have not accepted it as we would like to wait and see if similar offers will be obtainable in the local market from European suppliers by the end of this month.”

In the Turkish market, buyers reported receiving new HDPE and LLDPE offers from a major Saudi Arabian producer at lower levels from October yesterday. As for PP, players are still waiting to see new offers from the region. A packaging manufacturer opines, “Considering the trend in the rest of the markets, a major Saudi Arabian producer should come with a $50/ton decrease this month.” Another buyer says, “Major Middle Eastern suppliers may try to see the market response to their initial offers and they may apply larger decreases as the month wears on.”

Author plasticsinfomart 120
Opportunities to export polyethylene (PE) and polypropylene (PP) east from Europe are beginning to dwindle as Asian prices slip in the face of weak...
Read More