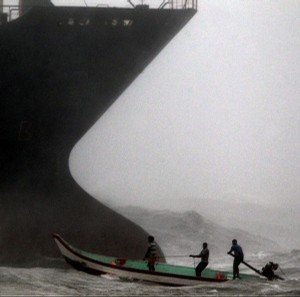 Mangalore City Corporation Commissioner Dr Harish Kumar has said that if anyone found throwing plastics beside the road, then action will be initiated against them from December 1.

Speaking at the monthly meeting of Mangalore City Corporation here on Wednesday, he said the district administration will ban the use of plastics in Mangalore taluk from Thursday. The MCC will take one month time to create awareness among the public. However, the MCC will abide by the decision of the district administration, in its decision on ban on plastics. “The segregated plastics will be collected from the houses and will be taken to Pacchanady dumpyard. The dumpyard will have a plastic unit, wherein plastic will be used for manufacturing oil,” he said.

When the Corporators raised the issue of the status of private bus shelter at Pumpwell, the Commissioner said that with the National Highway Authority of India taking up the work on widening the road from Nanthoor to Talapady, there was a need to construct an underpass to provide connectivity to the private bus shelter and the road. To construct an underpass, a sum of Rs 10 crore would be required.

The NHAI has said that if the Central government approves it, then it would be possible to construct an underpass. The decision on the underpass has to be taken at the government level. The district administration has already convened three meetings in this regard and has written to the government.

When the corporators raised the issue of ADB projects, the Commissioner said that KUDCEMP Managing Director Harsha Guptha will visit Mangalore within the next 15 days and will hold a special meeting on the same.

Corporator Appi said that the drainage is overflowing in Jeppu Bappal area. Wet well in the vicinity is not functioning. Atleast 50 wells in the vicinity have been polluted with the overflow of drainages, to which, the Commissioner said that 92 per cent of the UGD work have been complete.

The work on all the wetwells are complete. However, the work on electrification is pending, and the contactor has agreed to complete the work by November end. There has been verticle growth in Mangalore city. As a result, the UGD problem arises, When the additional drains are connected to the existing line, it leads to overflow. There is a need to find a solution to the same.

The row over ration card led to commotion in the meeting, which forced Mayor to adjourn the meeting for sometime. Raising the issue, Harinath said there is a need to find a solution to the confusion over the ration card. The Mayor promised to hold a special meeting to discuss on the row over ration card within a week. The Council okayed the proposal to concrete roads, at an estimated cost of Rs 199.50 lakh. The work will be taken up under 13th Finance Commission.