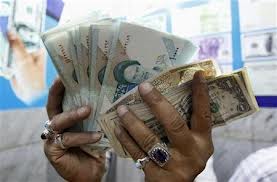 The news that Iran has banned exports of 50 products including polymers has created great concerns in global markets particularly in the PE markets of Turkey and China. This is because PE is considered to be the key petrochemical product to be affected by this proposed ban and Iran is a very important source of supply for these two countries, as per the pricing service of ChemOrbis.

This news has created great concerns in global markets particularly in the PE markets of Turkey and China. This is because PE is considered to be the key petrochemical product to be affected by this proposed ban and Iran is a very important source of supply for these two countries. Iran has a PE production capacity of 3.8 million tons per year, which is three times more than the country’s total domestic consumption, according to market reports. Hence, players believe that Iran cannot use all of its PE output internally as it would cause a huge oversupply within the Iranian market.

As was already reported in ChemOrbis Plastics News “Iran suspends petchem exports,” many petrochemical companies have made petitions to the government for a revision of the recent ban, according to traders in the country. Sources from major petrochemical suppliers in Iran also told ChemOrbis that this is a temporary situation. They assume that this problem should be resolved in the next 7 to 10 days as exports constitute a crucial part of their sales. “We are currently not making offers and we hope to receive more information next week,” commented a source from a major Iranian supplier. “The customs offices are holding thousands of trucks at the borders although rumor has it that the materials already transferred to the ports are exempt from the ban,” the source added.

“This is a politically motivated decision. The government aims to shock the market with this ban and warn domestic producers not to ignore the requirements of the local buyers,” commented a market source. Most players also believe that this ban stems from the Iranian governments’ attempts to control the local currency against the US dollar. Following the mounting sanctions applied by the US and EU, the government is trying to prevent unofficial access of the US dollar to the country, speculate players.

This has been a fresh and widely talked topic amongst Turkish players in the PE market since Tuesday, when the market resumed activity after holidays. Iran is a very important source for HDPE in Turkey as it exported more than 128,000 tons of material to Turkey in the first 10 months of 2012 and more than 115,000 tons in 2011, according to ChemOrbis Import Statistics. On the other hand, Iran’s LDPE exports to Turkey were sharply reduced in 2011 due to the antidumping duties imposed on this origin.

“Our trucks are stuck at the border and we cannot receive our materials. Therefore, we are suspending our import HDPE offers,” commented a Turkish trader. Local distributors in Turkey are also closely following the updates about this situation. A distributor told ChemOrbis, “If supplies from Iran will be reduced for certain, we would hold onto our existing HDPE stocks.” The current market sentiment has been soft in Turkey with the domestic producer applying a new round of price cuts on PE prices as of yesterday.

Likewise in China, this news has created some concerns about the future prospect of the availability. Even though the current market sentiment is not strong due to comfortable supplies and poor demand, it has recently started to improve somewhat, which is partially attributed to this news. A major trader of Iranian materials commented, “Rising futures and crude oil prices have helped the sentiment rebound. In addition, the news that PE supplies from Iran may be reduced in the future has also played a role in this situation.” He added, “We are now waiting to receive more details about the recent issue. We have also suspended our offers for Iranian PE as we are not sure if our orders for November can be shipped to China or not. We have also stopped the negotiations for new deals with our Iranian supplier.”

As a result of the sanctions applied by the West, China is the major outlet for Iranian materials. Iran exported nearly 855,000 tons of PE to China in the first 10 months of 2012 and more than 790,000 tons in 2011, according to ChemOrbis Import Statistics. For 2012, Iran has been the largest supplier of HDPE and LDPE for China with respective exports of more than 503,000 tons and 304,000 tons.

Author plasticsinfomart 120
Opportunities to export polyethylene (PE) and polypropylene (PP) east from Europe are beginning to dwindle as Asian prices slip in the face of weak...
Read More

Platts: global petrochemical prices up 12% year on year in July

More than half of furloughed Brits ‘risk being replaced by robots’