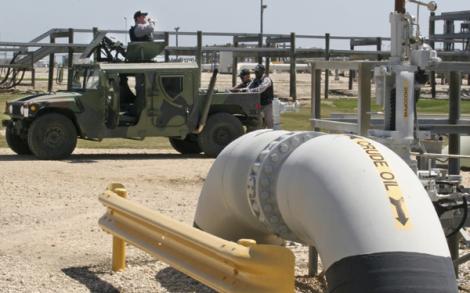 BANGKOK (AP) — Oil prices staged a rebound Tuesday following three days of losses, rising on supply concerns due to the Syrian conflict and delays in shipments of North Sea oil. Benchmark crude for November delivery was up 76 cents to $90.09 per barrel at

midday Bangkok time in electronic trading on the New York Mercantile Exchange. The contract fell 57 cents to $89.30 per barrel in New York on Tuesday.

In London, Brent crude, which is used to price international varieties of oil, rose 74 cents to $112.56. “For the second time in the last three months oil markets received a jolt on concerns related to supply in the North Sea,” said oil analyst Stephen Schork. “Supply fears have been getting priced into the market.” He said the resumption of production from North Sea oil rigs that were undergoing maintenance has been slower than anticipated.

Traders have also been watching developments surrounding Syria for any signs of a disruption in supplies from the Middle East. There are fears that the violence in Syria could escalate into a wider regional conflict, threatening oil supplies.