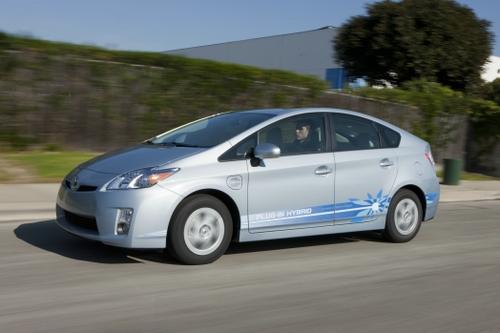 Growing demand for plug-in hybrids could mean good news for electric vehicle (EV) battery manufacturers over the next eight years, possibly enabling them to avert a battery oversupply, a new study says.

“We’re seeing the emergence of the plug-in hybrid,” David Alexander, author of Pike Research’s new Electric Vehicles Batteries study, told Design News. “They have smaller battery packs, which make electric vehicles more affordable. So it’s possible that they could absorb the (lithium-ion battery) excess over the next few years.”

The new study projects a $22 billion worldwide market for lithium-ion EV batteries by 2020. Because battery-electric vehicles (BEVs, like the Nissan Leaf) use batteries that are, on average, 20 times the size of those in conventional hybrids (like the Prius), the market will depend heavily on the success of BEVs and other plug-in vehicles, Alexander told us. As such, the $22 billion market will be broken up into three components: $15.2 billion of it will be in battery-electrics; $5.2 in plug-in hybrids; and $1.5 billion in conventional hybrids.

It’s not known, however, whether the $22 billion market will represent an oversupply or undersupply. Previous studies have suggested that a battery glut was imminent. One such study, from Lux Research in 2010, predicted that worldwide capacity of lithium-ion EV batteries would exceed demand by about 65 percent, as measured in GWh. Since that time, two lithium-ion battery manufacturers, A123 Systems and Ener1, have filed for bankruptcy protection.

The variable in the equation is the EV market, Alexander told us. “The problem is that the sales of electric vehicles haven’t gone as well as many were expecting,” he said. “That was a contributing factor to the problems at A123.”

Pike based its $22 billion figure on the estimated costs of creating a lithium-ion battery pack. For a typical 25-kWh pack, approximately half of the cost is in the cells, and half is in pack components, such as cooling, electrical, and electronic systems. The research firm estimated that today’s packs cost about $737/kWh, and that the cost will drop to about $447/kWh by 2020. “The OEMs would like to get the cost down to $300/kWh, so they can get the cost of the EV down,” Alexander said.

A cost of $737/kWh represents a significant investment for automakers. At that figure, a 24-kWh battery in a typical electric car would cost more than $17,000. At the projected $447/kWh price, however, the battery would run closer to $10,000. In that sense, plug-in hybrids could provide a boost to the market because their smaller batteries (5 kWh to 7 kWh) would enable automakers to offer plug-ins for a price that might be more appealing to a large swath of consumers. Alexander cited the Toyota Prius PHV and the Chevy Volt as examples of plug-ins that are starting to generate consumer interest.

According to Alexander, it’s possible that more battery manufacturers could be victims of a shakeout as the EV market struggles toward success. “The market will eventually settle down,” he told us. “And the remaining battery manufacturers should be able to make a good business out of it.”