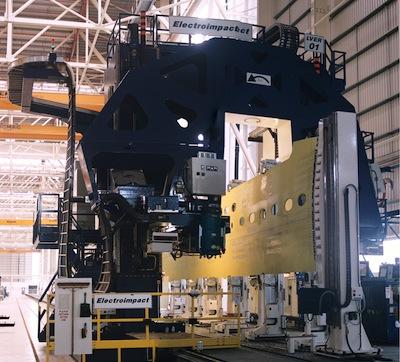 Overall trends calling for less weight are posing new challenges for the fasteners used in airplanes, Mars rovers, and lunar landers. Whether fasteners connect carbon composites and metals in wing structures or join landing gear components, they must reliably keep together millions of parts in a single craft, subject to huge loads and stresses.

In all aerospace materials, including fasteners, the requirement for high strength-to-weight ratios is as important as the requirement for high absolute strength, Bob Gurrola, manager of custom applications engineering for Alcoa Fastening Systems, said in an interview. Fasteners also must be as light as possible, whether they’re in the cockpit holding together the armrest of the pilot’s chair, or keeping the wings together. Because of these requirements, the dominant material in aerospace fasteners for the last 30 years or so has been titanium. But in the high-temperature environments on aircraft, such as areas near or in the engine, temperatures can reach 1,100F or higher. There, titanium doesn’t work as well, so multi-phase materials or nickel-based materials may be used.

Fasteners for spacecraft also must be lightweight, but they have additional requirements. The lubricant used in typical aerospace fasteners can be an issue in a zero-atmosphere environment, where they tend to vaporize. If that occurs near sensitive instrumentation, some lubricant might get on a lens and obscure it. Most spacecraft fasteners must operate without a lubricant or with one that’s space-compatible.

“Another big difference, and it’s critical, is that fasteners used in propulsion or fueling systems have to be compatible with that specific environment,” Gurrola told us. Materials used near liquid oxygen tanks on some space vehicles can’t react with that oxygen; they have to be inert. Fasteners used in space must also be reliable in design, materials, and manufacturing process; operate in extremes of temperature; and do all this for years.

Although the dominant material for commercial aerospace components has been aluminum, that pattern is changing. The entry of carbon composites into aerospace manufacturing has been revolutionary, said Gurrola, and that’s true not only for the material itself. “It also required a whole new way of approaching the problem of how you fasten these components,” he said. “Early on, engineers designing structures with composite treated it like ‘black aluminum,’ instead of taking advantage of the differences. Similarly, some fastener manufacturers also did not consider these differences. But designing structures with composites, and fasteners for them, requires a totally different approach.”

Recycling in Alaska: A long way to go

A Comparison of 3 Different Ball-Bearing Materials