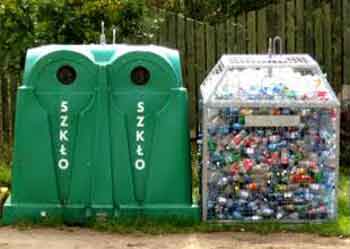 Earlier, the plastic scrap from the US were exported in bulk to Asian counties especially China. But the Chinese authorities imposed strict restrictions and tougher standards on the quality of scrap exports into the country. The ‘Green Fence Operation’ put an end to poorly sorted and sub-standard waste being exported into China.

The scrap plastic exports by the US dropped by nearly 11% during the period from January to June this year. According to Chinese customs data, the country’s imports of plastic scrap have fallen by 20% during the second quarter this year when compared with the imports during the corresponding period in 2012.

Multiple states have limited the number of plastic items accepted for recycling. This has increased the volume of ‘contaminated waste’ and has resulted in more toxic plastics ending up in landfills.

The silver lining of the entire issue seems to be the truth that this may result in the revival of domestic plastic recycling sector. The industry expects new investments to kick-in. At the same time, introduction of the latest recycling technologies may lead to big transformation of the country’s plastic recycling industry.

Author plasticsinfomart 155
Recyclers enjoying strong markets for plastic believe the optimistic outlook can be attributed to re-stocking after the pandemic as well as a desire for...
Read More