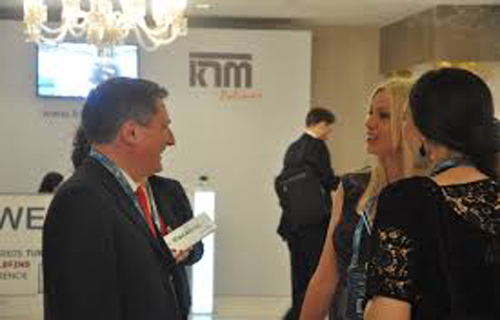 ChemOrbis’ 2nd Polyolefins Conference was held at the Divan Hotel in Gaziantep, Turkey on April 28, 2015, with the participation of 142 companies and more than 240 market players.

The Conference’s morning session started with Mr. Alex Lidback, Vice President of Chemical Research at WoodMackenzie. Lidback talked about the changes in global ethylene and propylene markets caused by the recent significant drop in crude oil prices. During the presentation, Lidback said that WoodMackenzie’s expectations centre on oil prices returning to the $100/bbl threshold within three to five years. Mr. Lidback also highlighted that global ethylene demand will grow by 5-6 million tons/year over the next ten years, enough to absorb 3-4 new world scale ethylene crackers on a yearly basis.

Plastics industry meets at ChemOrbis 2nd Polyolefins Conference Meanwhile, the massive new capacity being planned in the US will mean that the country needs to export 10-15 million tons/year of ethylene derivatives once the new capacities come online. As a result of these new capacities, Lidback anticipates Asia to be the main export destination for the US since Latin America, US’ current main export destination, will not be able to absorb this extra production. However, at the same time, Lidback highlighted that, according to WoodMackenzie, America’s ethane advantage on ethylene fell from $800/ton in Sept 2014 to $230/ton in Jan 2015.

After Lidback, Necmettin Kaymaz, Prime Ministry Investment Support and Promotion Agency of Turkey’s Chief Project Director, took the stage. Highlighting the expectations of 3.5% growth in the global economy in 2015, Kaymaz stated that the falling oil prices will have a positive effect on many economies, including Turkey. “Developing countries in the Mediterranean region will have robust economic growth while developed economies in the region will struggle to sustain growth. Egypt, Turkey and Italy are forecasted to see 4.6%, 3.5% and 1% GDP growth rates, respectively, between 2015-2020,” he added. Kaymaz also mentioned that the economic centre of the globe will change as global growth will start centering on the Asia & Pacific region, rather than the Atlantic.

Following the coffee break which allowed for intense networking amongst participants, the second session started with Mr. M.H Peyvandi , Vice President and Member of the Board of NPC-National Petrochemical Company of Iran. Mr. Peyvandi focused on the current status of Iran’s petrochemical industry and the expectations for the future of the market during his speech. Peyvandi highlighted that Iran, which was able to produce 18.2 million tons of petrochemicals in 2004, raised their petrochemical production capacity by 5% in 2013 to 60 million tons. According to Peyvandi, Iran is aiming to expand their ethylene capacity by 4 million tons/year and naphtha capacity by 5 million tons/year while they aim to raise their propane and butane capacities by 2 million tons/year through new projects. He also noted that Iran’s methanol capacity, of around 25 million tons/year, will come online in 5 years and that it will make an impact on global petrochemical markets. Iran hopes that, with the ease of the sanctions imposed on the country, they will have more opportunities for new investment channels.

Yavuz Eroglu, President of the Turkish Plastics Industry Foundation (PAGEV), made his presentation. Eroglu talked about their Integrated Plastic Park project (IPP), “Merhaba Project”, that will be located in Gaziantep, the number one city in the world in terms of PP consumption. Eroglu, noting that Saudi Arabia is one of the biggest petrochemical producers in the world, has only a limited plastics processing capacity. Meanwhile, he added that Turkey, a country which has the largest plastics processing capacity in the Middle East and standing in third place in Europe, is only able to produce 12% of its raw material needs. “We aim to gather these two powers in Gaziantep in order to develop an integrated petrochemical park through the Merhaba Project,” he further added.

Following the lunch break, the third session started with a panel discussion about new PP price indicators in Turkey. ASEAN’s relevancy to be the new price reference to Turkey was analyzed as well as discussions about the new cost calculations with increasing on-purpose propylene investments, freight rate changes from China and Asia to Turkey and the balance between the demand growth in Turkey and regional supply.

Petkim Holding SOCAR Turkey also made a presentation. Marketing and Customer Relations Manager Dr.Mevlüt Çetinkaya commented that Turkey is currently the second largest net petrochemical importer in the world after China. Dr. Cetinkaya also mentioned about the Transatlantic Trade and Investment Partnership (TTIP) between Europe and the US and how it will affect global markets in the near future. According to him, global trade dynamics will be altered by this agreement as North America and Europe’s ability to compete with the Middle East and Asia-Pacific regions will increase.

After SOCAR, Kambiz Mirkarimi, Commercial Director of JAM Polypropylene Co. walked the stage. Mirkarimi talked about Iran’s polyolefins exports gradually increasing every year while their imports are consistently down. The country is reported to have exported over 2 mil tons of PE in 2014 compared to 1600 tons in 2011. Meanwhile, Iran’s PP exports hit 1.6 mil tons in 2014 from just 55,000 tons in 2011. Mirkarimi also spoke regarding the transportation issues at the Iran-Turkey border, and said that the heavy bureaucracy is the bottleneck for raising the trade volume of commodities between the two countries. Iran is among the major PP suppliers of Turkey, which is the 3rd largest PP buyer of the world.

At the final talk of the Conference, Andrea Borruso, Founder of Borruso Polymers, talked about how lower crude income may delay investments in the USA, China, andRussia while it may also push Russian and Iranian sellers to make aggressive petrochemical sales. According to him, supply fluctuations from Iran and Russia may cause a lower differential between SEA and Turkey while Turkey may not be a price setter soon but it may have more stable pricing.