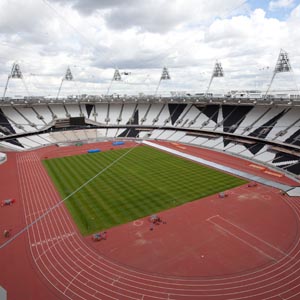 At the British Plastics Federation’s Annual General Meeting on Wednesday, 23rd May, Philip Watkins, President of the British Plastics Federation expressed astonishment that due to LOCOG (London Organising Committee of the Olympics Games)) onerous restrictions on publicity he could not, 66 days away from the Olympics opening ceremony list BPF members success in supplying products to the London Olympics.

Mr Watkins said: “The Prime Minister says the Games will “generate at least £1bn for British business. But it’s not much good if we can’t talk about our successes.”

“LOCOG seems to have been given unprecedented powers by the last Government. What the BPF have been pushing for since early April is for LOCOG to release immediately all suppliers and sub suppliers from their contract clauses preventing any publicity or communication.”

Briefed by the BPF, Lord Haskel asked in the House of Lords Olympics debate on Monday, “Will the Government make good their rhetoric and take steps to allow British businesses to use the Olympics as a shop window for all the wonderful materials and products they have supplied?”

“This is useless for our members,” Mr Watkins commented. “The London Olympics will be past history by then. The World would have moved on and our role in contributing to the Games design, innovation and sustainability will be forgotten. An opportunity lost. We will continue to press for the ban to be lifted.”

Borealis, Borouge and NOVA Chemicals invite you to Open Your Mind at K 2013