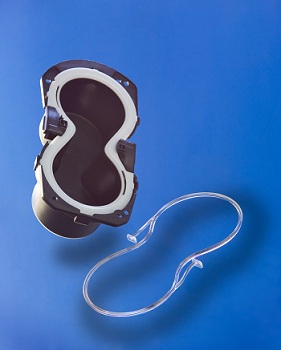 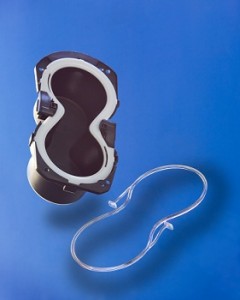 A prototype of a light pipe that illuminates an integral subassembly for the 2013 Dodge Dart center console cup holder was taken from tool design to finished parts in the space of three and a half weeks by Urgent Plastic Services (UPS), part of rapid prototyping and low-volume specialist 3-Dimensional Services Group (Rochester Hills, MI).

“Complicating the task was the fact that these light pipes weren’t your ordinary, run-of-the-mill lighting fixtures, but rather, part of a bold new concept in automotive interior lighting,” says Steve Kelly, senior sales engineer with the 3-Dimensional Services Group. “Fed by two LED light sources, the color and intensity of the light at each point in the light pipe is the same as at every other point,” Kelly explains. “In other words, there is no drop off in intensity or color as the light travels away from its source. This is an example of homogenous lighting, a concept which opens the door for a single LED light source to supply light to multiple devices.”

At first glance the light pipe design is a simple one: a thin acrylic tube that approximates a figure eight in shape, with two tabs, one on each side, into which the LEDs project the light but appearance in this case is deceiving. “These plain looking plastic parts actually incorporate precision optics,” says Kelly. Creating those optics requires superior accuracy in production along with a high degree of cleanliness in the manufacturing process. This is because any flaw, or any piece of foreign matter in the pipe, can hinder or even halt the flow of light through the pipe.

The steel mold for the light pipe was cut on a Makino V56 high-speed vertical machining center. In most cases, tools machined on the V56 require relatively little hand polishing because of their superior surface finishes. In this case, however, intensive hand polishing was needed to achieve the exceptional level of surface finish required to provide the homogenous lighting color and intensity all around the light pipe.

Further, the light pipe’s precision optics consisted in large part of minute optical prisms imparted to it by the tool. These ensure continuous transference of the light throughput the light pipe and were cut into the mold in part by the machining center but some smaller, more delicate features required EDMing. These procedures were followed by “graining,” which is the physical acid etching of the mold designed to ensure the homogenous spread of light throughout the pipe. This is a manual operation requiring high precision.

Tool fabrication was followed by molding on a Cincinnati 220-ton injection machine. Here, too, attention to detail was a must. “The acrylic raw material had to be pure,” says Kelly, “and the work area kept scrupulously clean.”

Despite all this effort, and with the project’s deadline fast approaching, the results weren’t exactly what Federal Mogul had envisioned. UPS engineers joined with the Federal Mogul team to scrutinize the design and ended up making changes to the design of the tabs on either side of the pipe through which LED light is injected into the pipe in order to facilitate the entry of light and its correct spread throughout the pipe.

The auto sector is turning to LED light sources to replace traditional incandescent light bulb whose energy efficiency is only 2-5% and service life around 1,000 hours. LEDs on the other hand, use 80 percent less energy to provide the same amount of light, and last between 25,000 and 50,000 hours. Further, they do not contain toxic metals or gases found in incandescent bulbs. Energy to power lighting is ultimately provided by the vehicle’s engine so any reductions in consumption impact fuel [email protected]

Plastics industry gagged when it comes to publicising Olympic success

Author plasticsinfomart 102
Keba AG, an Austrian based, international player in the electronics field, is displaying a wide range of products at the stand. These include the...
Read More
Category Menu Product News