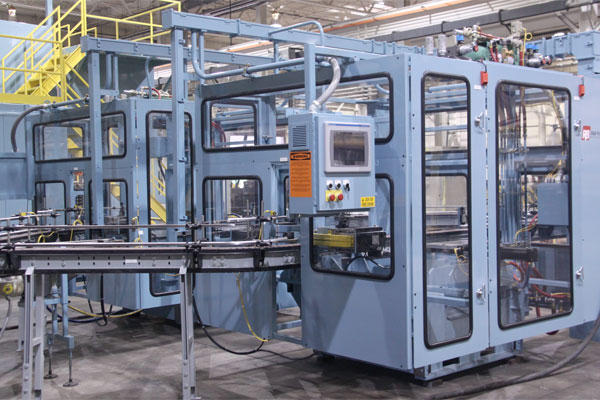 In a latest development in the field of plastics machinery industry two of the well-known names in the field Euromap and United States based SPI inks free trade partnership to boost their operation and strength. According to reports from various sources the partnership will benefit the plastics machinery industry as a whole and it will help industries produce quality products.

It is important to underline here that there has been a huge hue and cry over the quality of plastics machinery in the region and stakeholders are looking for quality that is at par with the industry norms. However due to lack of collaboration and free exchange of knowledge stakeholders are not getting optimum result of their inputs and energy.

With this agreement the two leading plastics associations, Euromap and SPI will form a united front amid free trade negotiations between the EU and United States and the plastics machinery industry is going to have huge impact out of this association.

According to reports from the sources the association will not merely create a Transatlantic Trade and Investment partnership (TTIP) rather with this free trade agreement they could strengthen their competitive position in the global market.

According to reports the deal will also help various stakeholders create 65,000 new jobs and save the interest of these employees. In a joint statement the representatives of both the companies said The European and American plastics machinery markets account for 50% of the global market with sales totalling €15bn, and hence it is important for various stakeholders allow free-trades that will save much of their precious time and energy.

While detailing about the deal William R. Carteaux, president and CEO of SPI says “The TTIP is a milestone in terms of cooperation in our sector, and this should have a very positive impact on our business relationships,”

Tens of thousands of jobs could be created in Europe and the US across the whole machinery-manufacturing sector, according to Euromap and SPI, which are seeking the complete dismantling of tariffs to provide a boost for export sales of machinery.

Thorsten Kühmann, secretary general of Euromap says “TTIP presents an opportunity not a risk,” said, countering objections that have been raised regarding TTIP.

The groups urged politicians on both sides of the Atlantic to do more to promote TTIP among the population.

With such kind of trade relationship various stakeholders can harmonise safety standards in plastics machinery produced in the EU and the US, and have already set up international (ISO) working groups. “This will improve operating safety and simplify deliveries of machinery, which, in turn, will save time and effort and boost competitiveness,”

Euromap and SPI are highlighting the need for political representatives in the EU and the US to give greater consideration in their talks to the interests of the machinery manufacturing industry, which is largely made up of medium-sized enterprises.

“To date the requirements of these companies have been largely ignored, although at 13% of total EU exports to the US, machinery manufacturers account for a greater share than the motor industry,” the groups said.

In March, EuPC, the European group of plastics converters, issued a statement expressing its support for TTIP and saying it wanted removal of tariffs for both the US and EU for plastics raw materials.

Authority Says Companies Need to Quantify Their Plastic Use

Author plasticsinfomart 186
A series of thermal imaging cameras for heavy industrial applications and compact for use in R&D and automation has been introduced by Land Instruments...
Read More