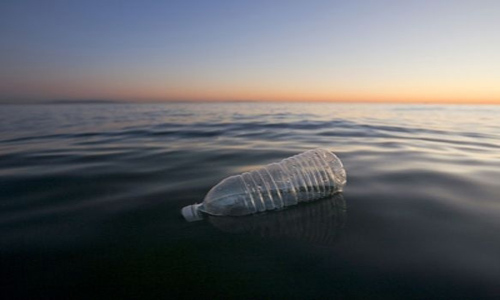 Take a look at that plastic bottle sitting next to you. If that bottle was left there untouched, it would take an average of 450 years to fully disappear. If it were made with Polyethylene Terephthalate (PET) it might crack eventually, but it will never be fully gone from this world. Never.

Even broken down micro- plastics are plaguing our oceans and contributing to the formation of rock-like plastic fossils that are even more resistant to the aging process. Experts have long suggested that when humanity is gone from this world, plastic waste will be our sole-surviving legacy.

How much of that legacy we leave behind, however, could change.

Researchers at the Italian Institute of Technology claim to have developed an inexpensive and eco-friendly bio-plastic that degrades at a more acceptable rate, compared to traditional plastics. The plastic, they say, is made from vegetable waste and the byproducts of rice and cocoa production, meaning that it will place no new demand on the Earth as well.

“This opens up possibilities for replacing some of the non-degrading polymers with the present bioplastics obtained from agro-waste,” the researchers said in a recent statement.

The experimental process that makes this potentially world-changing polymer was detailed in a study recently published in the journal Macromolecules, an American Chemical Society (ACS) publication.

According to the study, the researchers made use of an organic acid that occurs naturally and can process cellulose – the most abundant polymer in nature. This polymer is a key building component in plants, and can be extracted from stems, husks and pods using such an acid.

The researchers quickly determined that various solutions using this polymer could form with a wide range of traits, such as brittle, soft, and stretchy – much like commercial plastics. What’s best, is that these new plastics are biodegradable and are not doomed to last until the end of man.

Still, more work needs to be done to determine the full potential of this new product.

Plastic bag ban opponents up the ante in Sacramento

Author plasticsinfomart 101
With its stock down 14% over the past three months, it is easy to disregard Donpon Precision (GTSM:3290). But if you pay close attention,...
Read More

Author plasticsinfomart 64
The world’s largest processor of corrugated plastic pipe, Advanced Drainage Systems Inc., is adding to the string of pipe facilities it has built with...
Read More