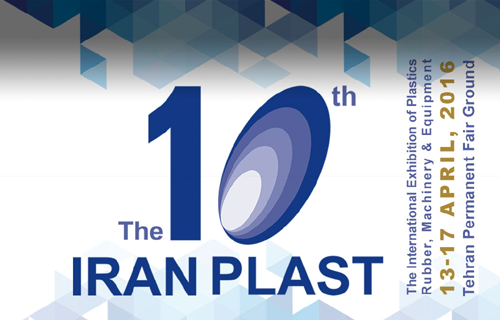 Messe Düsseldorf, successful host of international trade fairs for the plastics and rubber industry, has now extended its portfolio. Iranian National Petrochemical Company NPC and Messe Düsseldorf have agreed on cooperating comprehensively for the IRAN PLAST trade fair. The new partnership will already take effect at the coming trade show, which will take place from 13 until 17 April 2016 in Tehran, where Messe Düsseldorf will be responsible for organising and implementing international exhibitor participations.

IRAN PLAST is a biannual trade fair. Next year will see the 10th event of this kind, which has become established as the most important platform for the plastics and rubber industry in Iran. In 2014, about 800 exhibitors attended the fair, 250 of which were non-domestic exhibitors, and the organiser recorded 68,000 visitors, including delegations from Armenia, Afghanistan, India, Pakistan and from the United Arab Emirates. Hosted in addition to the trade show, a range of topical conferences provided insights into the latest trends and developments in the polymer industry. The trade show is sponsored by the Iran Trade Promotion Organization ITPO and the Iran International Exhibition Co. IIEC.

A country with a population of 75 million people, Iran has a powerful oil and gas industry, which generates more than 50% of the country’s export revenues. It also has a substantial backlog demand for investment goods, modern machinery, components, processing methods and expertise. The lifting of economic sanctions is expected to create a significant boost to international trade relations with Iran.

Experts anticipate a rising demand for machines, and equipment, particularly from the plastics and rubber segment.

Messe Düsseldorf has acquired international expertise in the plastics and rubber segment, most notably as the organiser of the K trade show. The triennial flagship fair for the industry is of global importance as it offers international machine and equipment manufacturers, raw material producers, processors and customers from different segments a place to meet, to exchange information and to do business. In addition to the K trade fair, Messe Düsseldorf also hosts and organises outstanding regional plastics and rubber trade fairs such as interplastica in Moscow, INDOPLAS (in tandem with indopack and indoprint) in Jakarta and the T-PLAS in Bangkok, either independently or in cooperation with subsidiaries. In addition to this, Messe Düsseldorf has been cooperating with the organisers of Arabplast, Chinaplas and Plastindia for many years.