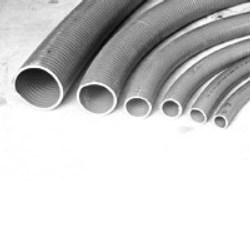 Following Petronas’ announcement that the company will exit the vinyls business by the start of 2013, players in Malaysia’s PVC market have started to speculate about the likely impact on the country’s PVC trade balance, as per the pricing service of ChemOrbis.

Some players feel that Malaysia may become a net importer of PVC after 2013 as the loss of Petronas’ plant will reduce Malaysia’s total PVC capacity by around 43%. According to a press release from Petronas, the company has decided to exit the vinyls business effective as of January 1, 2013. The company’s Malaysian subsidiary Vinyl Chloride (Malaysia) Sdn Bhb (VCMSB) will decommission its 400,000 tons/year VCM plant and its 150,000 tons/year PVC plant in Kertih, Malaysia. “Our final PVC deliveries from our plant in Kertih are scheduled for December 27, 2012,” a company source reported.

Petronas also operates a 100,000 tons/year PVC plant in Vung Tao, Vietnam through its subsidiary Phu My Plastics. Phu My Plastics will remain in operations and Petronas is currently looking for a suitable buyer to take over their 93.1% ownership stake in Phu My. Petronas attributed the decision to close their vinyls operations in Malaysia to the fact that it was not completely integrated and therefore has not performed as profitably as some of the group’s other petrochemical investments. The company added that it will be able to divert the ethylene production currently used by the vinyls plants to the production of other, more profitable derivatives.

Once Vinyl Chloride (Malaysia) shuts its plants, Malaysia will have two remaining PVC producers—Industrial Resins Sdn Bhb and Malaysia Electro-Chemical Industry Company, as per ChemOrbis. Industrial Resins has a total PVC capacity of 150,000 tons/year while Malaysia Electro-Chemical Industry Company has a total capacity of 50,000 tons/year. Malaysia’s annual PVC consumption is estimated to be between 150,000 tons and 180,000 tons.

“Industrial Resins is not supplying the market normally for now and we have not received any deliveries from them for the past two months,” a Malaysian converter reported. A PVC compounder in Malaysia commented, “We believe that Malaysia will become a net importer of PVC next year as Petronas will be out of the market and Industrial Resin is experiencing some supply issues. Buyers will be able to source imports from China, South Korea and other ASEAN nations without paying customs duties.”

A source at a Thai producer stated, “We believe that we will be able to increase our sales to Malaysia following the closure of Vinyl Chloride (Malaysia)’s plant next year.” A Malaysian pipe manufacturer who reported receiving import offers from Thailand and South Korea this week said to ChemOrbis, “We have already shifted much of our purchasing activity to the import market and do not think that Petronas’ exit from the market will make any major differences in our purchasing strategies.”

In contrast, a Malaysian PVC compounder stated, “We think that the closure of Vinyl Chloride (Malaysia)’s plant will cause a definite shift in the supply/demand balance. We hear that many converters are already increasing their purchases from Thailand.”

For a plastic-free Delhi, but not everyone happy

Author plasticsinfomart 954
To bring you the best event, programme and experience, AMI’s SmartPackaging virtual summit http://www.ami.ltd/event-smart will now betaking place on *14-16 December 2021 *and is...
Read More

Author plasticsinfomart 25
The event will take place in Cologne from 16-18 November 2021 AMI, leading provider of market intelligence and events for the globalplastics industry, has...
Read More