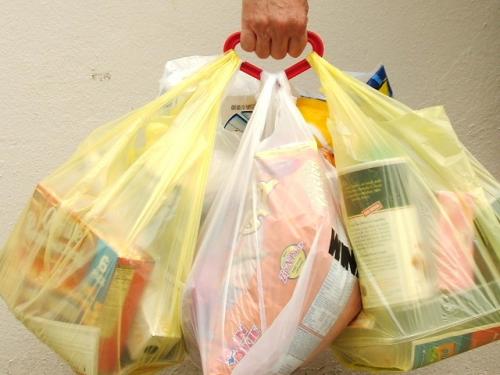 “In Delhi’s 17 million population, there are about 14 million households and each household uses about five to six plastic carry bags a day, which means millions of bags are used and strewn around…Which is a serious problem because it is difficult to collect these littered plastic bags. We need to ban it,” a city government official told.

The Delhi government has imposed a “blanket ban” on plastic from Nov 22, under which no person can manufacture, import, store, sell or transport any kind of plastic bag in the National Capital Territory (NCT). From Nov 22, all kinds of plastic bags, even those used to cover magazines, books, invitation cards, will not be allowed. Garbage bags will not be allowed too.

However, the ban will not affect the use of plastic specified under the bio-medical waste (management and handling) rules, 1998. Plastic used to pack food products such as milk, cooking oil, flour bags and plastic cups largely used by tea vendors will be allowed. In India, about 5.6 million tonnes of plastic waste is generated every year. What are the alternatives that people can use?

The Delhi government will promote alternatives such as jute, cloth and recycled paper bags. “Starch-based compostable material as a substitute to plastic will also be encouraged,” the official said, adding that the city government “will come out with an awareness programme on the use of such bags”. Shopkeepers found distributing plastic carry bags will be fined. However, the enforcement agencies will spare households for the time being.

“As of now we are concentrating on the ban on plastic bags. We will focus on throwing of plastic bags and segregation of garbage later,” a senior Delhi government official who is part of the team authorised to enforce the ban, told. Some environmentalists feel the Delhi government’s “sudden ban” on plastic use is not likely to bring about any change. Environmentalist Rajeev Betne says a ban on plastic will not solve the problem of plastic pollution.

Betne, senior programme coordinator of NGO Toxics Link, told: “Use of plastic has become a habit among the public. The sudden blanket ban without consulting the actual stake holders or a proper awareness among the public will not bring any change.” According to him, “Around eight million tonnes of plastic is being used by our nation every year. In Delhi alone 250,000 tonnes of plastic waste is generated every year, including around 689 tonnes a day.”

The Delhi government is determined to implement the ban this time, unlike the 2009 announcement of a ban which they did not follow up. Traders involved in production of plastic bags have been told to stop manufacturing. “The Delhi cabinet passed the ban order on Sep 11 and it was notified Oct 23. Enforcement will begin Nov 22 after the date of notification,” a Delhi government official said.

Environmentalist Vinod Bakshi told IANS: “Shopkeepers and consumers should be encouraged to adopt other alternatives like jute and paper bags; otherwise the plastic bags will come back after some time,” Bakshi told . This time the Delhi government has roped in the city’s three municipal corporations, plus the New Delhi Municipal Council (NDMC) and its environment department, to ensure compliance with the order.

According to the Plast India Foundation, apex forum for India’s plastic industry, “India’s consumption of plastics will grow from 7.5 million tonnes to 15 million tonnes by 2015 and is set to be the third largest consumer of plastics in the world.” Vimlendhu Jha, founder of environmental NGO Swechha said strong enforcement is necessary to ensure the ban is implemented. However, Ravi K. Aggarwal, president of the All India Plastic Industries Association (AIPIA), however, feels the environmental concern is over-hyped.

“The threat posed to the environment by the use of plastic items has been blown out of proportion,” Aggarwal told IANS. He said plastic is not harmful if it is recycled properly and not littered. The ban would also leave thousands of people working in the many plastic manufacturing factories without a livelihood, he said, adding “We will go to the high court, we will fight.” The ban is set to hit about one lakh people working at these units.

“We have to take a conscious call… When millions of people and the environment is affected by the usage of plastic, we have to take stringent action.. The ban is for a good purpose,” said the Delhi government official.

How will Petronas’ exit affect PVC supply in Malaysia?