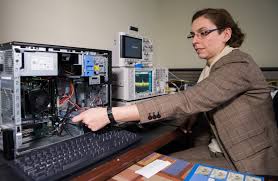 Scientists from ExxonMobil (XOM) and the Georgia Institute of Technology have developed a potentially revolutionary new technology that could reduce the amount of energy and emissions associated with manufacturing plastics.

The new process, using a molecular-level filter, employs a form of reverse osmosis to separate paraxylene, a chemical building block for polyester and plastics, from complex hydrocarbon mixtures.The current commercial-scale process relies on energy and heat to separate those molecules.

“In effect, we’d be using a filter with microscopic holes to do what an enormous amount of heat and energy currently do in a chemical process similar to that found in oil refining,” said ExxonMobil spokesman Mike Kerby, in a statement.

The new method is 50 times more energy efficient that current state-of-the-art membrane separation technology, the parties said. The new technology is still in the development stage.Results of the research were published last week in the peer reviewed journal Science, Kallanish Energy has learned.

The new membrane can separate molecules as small as a nanometer. It was incorporated into a new organic solvent reverse osmosis process during which aromatics were pressed through the membrane, separating out paraxylene.

It is made from a commercially available polymer and that could make commercialization easier, ExxonMobil says, but more research is needed to fully develop the new technology, said researchers from the company and Georgia Tech.

Chemical plants today account for 8% of global energy demand and about 15% of projected growth in demand to 2040, industry experts said.