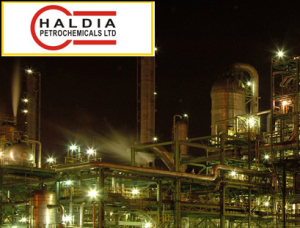 The European PVC market is tracking a stable to slightly firmer trend this week as some buyers managed to pay rollovers on their December deals after negotiating, as reported on www.ChemOrbis.com. Expectations are shaping up for January and they are mostly dampened by the losses in the upstream markets.

A West European producer is giving December PVC offers with rollovers to increases of €15/ton both in the spot and contract markets. A source from the producer reported, “Demand is not strong since buyers are keeping their stocks low towards the end of the year. For January, we had been anticipating some increases earlier in the month, but now we don’t exclude the possibility of decreases considering lower feedstock costs.”

A compounder in Italy bought West European PVC with rollovers from November and reported receiving some other offers with slight increases of €10/ton for the same origin. The buyer expects to see decreases in January considering the losses in the upstream markets. Another compounder reported receiving December PVC offers with slight hikes of €10/ton from his West European supplier. “We haven’t contacted other suppliers since we will buy limited volumes this month as we don’t want to build stocks prior to the end of the year. For January, increases are unlikely as crude oil and naphtha prices are quite low,” the buyer commented. Meanwhile, both buyers reported receiving import US PVC offers for January delivery at levels around €90-100/ton below the lowest European PVC prices in the local market.

A converter in France closed his December PVC contracts with rollovers from last month after receiving initial offers with increases of €15/ton as per ChemOrbis pricing service. The buyer reported, “Our end product demand is weak in line with this period of the year. For January, sellers have no reason to ask for increases considering the current market conditions. An upward trend could only be possible in case of some unplanned shutdowns, otherwise the outlook is weak.”