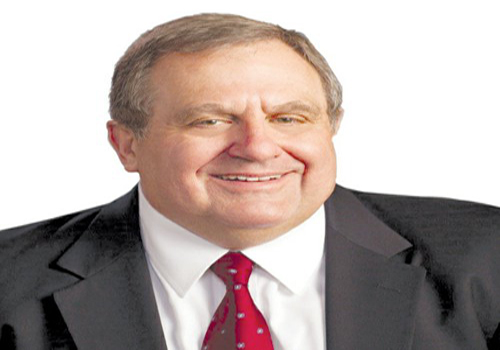 Reducing mankind’s carbon footprint has become the defining issue of our time — and rightly so. Virtually every level of government has policies to reduce greenhouse gases by regulating everything from industrial CO2 emissions to cow flatulence. But as Kermit the Frog said, “It’s not easy being green.”

It turns out that some good ideas don’t work well — or not at all. Still, the government continues to mandate them. For example, a three-year study funded by the Department of Energy confirmed that producing ethanol from corn and corn stalks creates more greenhouse gases than it prevents. Despite this, the government still mandates its use in gasoline and diesel.

Wind turbines are costly and still kill thousands of birds a year. On the best wind energy sites, those towering turbines generate electricity about 40 percent of the time. Nevertheless, President Barack Obama wants to continue taxpayer subsidies for another 30 years.

The solar energy industry has been plagued by bad loans and bankruptcies, and despite billions of dollars in taxpayer subsidies, solar energy produces only 0.2 percent of our nation’s electricity, according to the U.S. Energy Information Administration.

What about energy efficiency? Is that a foolproof way to reduce greenhouse gases? Well, that depends.Analysts have discovered that certified “green” buildings actually can use more energy than standard buildings. Much of the controversy centers on LEED, the country’s primary green building accreditation program. Operated by the nonprofit U.S. Green Building Council, LEED (Leadership in Energy and Environmental Design) certification has become the gold standard for energy efficient buildings.

But LEED certification doesn’t guarantee energy efficiency. For example, the Bank of America Tower in New York received a platinum level LEED certification as “the world’s most environmentally responsible high-rise” when it opened in 2010. But a 2013 study by the city revealed that the billion-dollar building generates more greenhouse gases and uses more energy than any other office tower its size in Manhattan.

LEED officials point out that how tenants use a building has a big impact on actual energy usage. In an attempt to quantify that, the Building Council is requiring all newly certified buildings to provide their energy and water bills for the first five years.

Since 2005, the state has mandated that new and renovated public buildings meet one of three “green” building standards, including LEED. A 2011 audit found problems saying it is difficult to evaluate the program because of incomplete reporting by state agencies — a problem that persists today.

Because not all state buildings have individual utility meters and the types of buildings vary greatly (office buildings, prisons, welding shops, etc.) tracking utility usage and comparing “apples to apples” with traditional buildings is difficult.

It has been nine years since the state launched its “green” building program and Washington still lacks a comprehensive system to track performance. While computer projections suggest significant benefits, they cannot be verified until the actual electricity and water usage are determined.

Architect Sidney Hunt, with the Department of Enterprise Services, is working to develop a metering program that will track energy and water usage for every certified state building. His mantra is, “You can’t manage what you don’t measure.”

Gov. IJay nslee wants to expand “green” building certification in the private sector. But LEED-certified buildings cost more. Are we sure the benefits are worth the added cost? Could the money be better spent on more effective environmental measures? We need to ask — and answer — those questions.

As we’ve seen with ethanol, wind power and solar energy, actual performance doesn’t always measure up. We need to make sure our “green” buildings program works as promised.

Author plasticsinfomart 78
Plastics prices finished down last month across much of Asia, with the trend affecting a broad swath of the market. Lower oil prices pulled...
Read More

Firmer PVC offers made to India