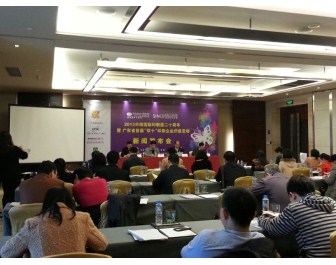 The 20th Printing South China, one of the largest and most influential integrated printing exhibitions in China, will be staged again at China Import & Export Fair Complex, Guangzhou, China on March 4-6, 2013. Sino-Label 2013, which has been developed as the largest and most professional label printing exhibition in China, will be concurrently held.

To celebrate the 20th Anniversary, the organizers, Administration of Press and Publication of Guangdong Province, China Foreign Trade Centre (Group) and Adsale Exhibition Services Ltd, announced the debut of Guangdong’s “Double Top 10” Printers Award which comprises of Guangdong’s “Top 10 Most Competitive Printers” and “Top 10 Printers with Integrity”. In addition, over a hundred delegations formed by printing, label and packaging industry associations and leading enterprises from various cities and provinces including Guangdong, Fujian, Hunan, Hubei, Jiangxi, Guangxi and Jiangsu, etc. On the other hand, overseas delegation from Indonesia, Malaysia, Vietnam, Hong Kong, Taiwan, India and Russia have confirmed their presence at the show.

The organizers also surprise the visitors with more privileges by throwing a monthly “Anniversary Surprise Gift Medley Programme” on the official Facebook. Not only will pre-registered visitors be given with free gifts, show catalogues, and VIP services, visitors completed pre-registration before February 15, 2013 will also be enrolled to the gift medley programme and get to win an iPad Mini.