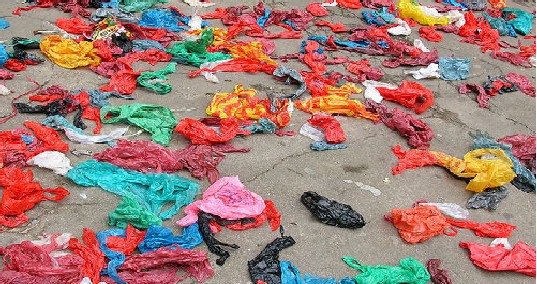 Chemical engineer Chitra Thiyagarajan has obtained a patent for a device that converts plastic into fuel similar to diesel. Chitra set out to find a cheap as well as sustainable fuel source and finally found out that the waste plastic can be converted into usable fuel. After experimenting for about three long years, Thiyagarajan was applied for a patent in June 2013 and finally got an approval from Indian Patent Office. She was guided by C SM Sundaram (retired professor of St Xavier’s College) who says that Chitra’s success was a result of backbreaking work, persistence and ‘dogged tenacity’.

Chitra kept on iterating the designs and researching all the time. It also required a lot of fieldwork. After the application for the patent was made, the authorities checked the machine for a period of over 2 months and ensured that the machine could be patented.

The pyro-plant that Chitra has designed accepts all plastics except PET bottles. The plastic is put in a chamber and heated in the absence of oxygen over chromium micro band heaters (remember your water immersion rods you used in hostel?). The temperature inside the chamber raises to 350 – 370 degree C. The gas generated passes into a different chamber with water coolants coils on either sides. The gas then gets pumped into another compartment half-filled with water. The fuel floats on the surface and can be extracted. The non soluble gas passes into a condenser and can be used as an alternative to LPG.

The biggest advantage of Chitra’s approach is that it’s not expensive and does the job in just three hours. A 5 kg unit costs about Rs. 75,000 and Rs. 3,00,000 for the 25 Kg variant. Each kg of plastic can produce about 800 ml of diesel. The fuel can be stored, but the LPG needs to be used quickly. It cannot be compressed and stored.

Chitra says that a similar process has been developed in China; but it’s not as cost effective as the one invented by her. The invention has been approved by IIT Madras Chemical Engineering Professor, S Pushpavanam.

Author plasticsinfomart 32
Rethink Robotics is giving researchers an ability to get up close and personal with its Baxter industrial robot, with a new research version they...
Read More