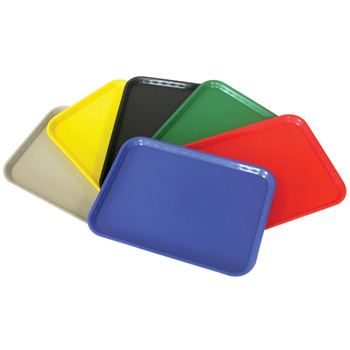 Persistently falling upstream costs pushed global propylene and ethylene markets down further during last week, as per the pricing service of ChemOrbis. Apart from relentless losses on a daily basis in spot naphtha and energy costs, another trigger behind the bearish trend for olefins was depressed derivative demand as downstream players went to the sidelines due to Labor Day Holidays earlier in the week and to track feedstock markets after the holidays.

Both NYMEX and ICE Brent crude prices posted consecutive drops since the middle of last week. NYMEX June crude futures lost more than $6/barrel week over week, with the largest drop of more than $4/barrel on Friday representing the lowest figure of the past four months. The steep fall was triggered by unfavorable news about the US economy and eased oil supply. The drop in NYMEX crude prices reached above $8/barrel when compared to early May. ICE Brent crude prices also lost over $6/barrel during the past week.

Spot naphtha costs in Asia remained on a bearish note after falling below the $1000/ton threshold on CFR Japan basis late last week, the lowest level of the last three months. Now, spot naphtha prices have fallen by around $35/ton on the week, while they are down $50/ton from end April. In Europe, spot naphtha prices on CIF NWE basis plunged nearly $70/ton on the week and are down $60/ton compared to the end of April.

In Asia, spot markets witnessed significant drops for both ethylene and propylene on a week over week basis, as per ChemOrbis. Spot propylene prices were down $75/ton, bringing the total drop since early April to $130/ton on FOB South Korea basis. Similarly, spot ethylene prices slumped $70/ton from the week before on CFR Northeast Asia basis. The most recent levels represented an $80/ton drop from early last month. Some sources underlined that cracker shutdowns didn’t affect the market much amidst hampered demand.

In Europe, spot propylene costs moved down €10/ton ($13/ton) week over week on FD NWE basis, while they stand €45/ton ($59/ton) below the levels in early April. Spot ethylene offers saw a more rapid fall with values declining by €65/ton ($85/ton) on the week and €120/ton ($158/ton) when compared to early April with the same terms. Market sources say some cracker operators are mulling over cutting their production rates in a bid to balance their output with restricted downstream demand.

Needless to say, sharp drops in the upstream markets combined with weak demand pulled monomer markets down in the US as well. Spot propylene prices were down around $150/ton on DLVD USG basis on the week, bringing the cumulative fall to $300/ton since one month, says ChemOrbis. Lower spot values and limited buying interest from the downstream PP and ACN markets will create downwards pressure on May contract settlements although initial polymer grade propylene nominations were said to be revealed with rollovers from April settlements. As for spot ethylene, costs decreased by more than $100/ton on FD USG basis from the previous week, while they indicate a steeper fall of nearly $300/ton with respect to early April.