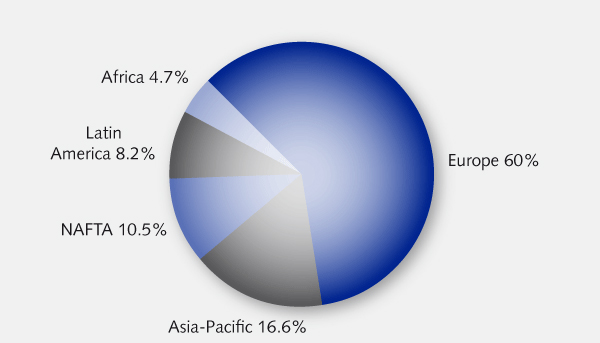 Assocomaplast reported a markedly positive performance for Italy’s exports and imports of plastics and rubber machinery, equipment and molds in the first half of this year.

The Italian economy continued to rebound, said the Italian Plastics and Rubber Processing Machinery and Molds Manufacturers’ Association, as the rise in purchases from abroad approached 17% by the end of June. Sales outside of Italy also increased by 7.5%.

“Such trend is in fact in line with the results revealed by our latest sentiment survey throughout our membership of the current status of business,” said Alessandro Grassi, President of Assocomaplast.

The survey revealed a climate of moderate optimism in recent results and future outlook. In July, 50% of the interviewees indicated an increase in orders with respect to a year ago, with 44% of interviewees expecting further expansion, and 45% expecting a consolidation of its turnover over the current six-month period.

In terms of equipment types, the largest volumes of imported injection molding machines, flexographic printing machines and molds – those making up the largest proportion of the total – were recorded from Germany, the principal supplier of plastics technology for Italy.

Germany, historically also the largest market for Italian exports in this sector, retained its status as well. In the first six months of 2015, Italy exported €200 million worth of plastics machinery to German processors, up 19% compared to the same period in 2014.

There was a notable increase in business from EU countries and the North American Free Trade Agreement (NAFTA) group, according to Assocomaplast. Spain and the Czech Republic were doing better in Europe, while export to the US and Mexico grew by 36% and 15% respectively.

In contrast to the reductions seen over the last four years, Brazil raised some hopes for Italian plastics machinery sector as shipments rose 17% in the first half of 2015.

Further decline, however, was recorded in Russia (-39%) as the Ukraine crisis lingers. Negative values were also seen for India (-24%), where Italian suppliers are finding it difficult to make headway notwithstanding the market’s potential, said Assocomaplast.

Performance in China, meanwhile, swings from year to year.