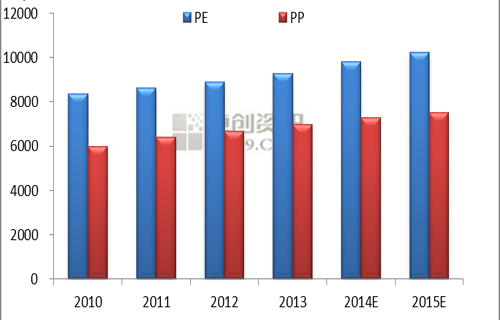 PP and PE markets in Turkey, the Middle East and Africa closed the year on a weak note with initial fresh offers coming lower. Prices in China showed some rebounds in the last week of the year relying on higher monomer costs and firmer futures markets versus Southeast Asian markets which remained soft given sufficient supplies. Europe, meanwhile, is waiting for players to fully return from Christmas Holidays amidst tight polyolefin supplies and lower January monomer contracts.

In China, PP and PE prices firmed up in the last week of 2015 mainly due to higher spot ethylene and propylene costs in Asia amidst fluctuating crude oil prices. Another factor blamed for firmer indications, which appeared mainly on the sellers’ side, was soaring futures markets for both products. Activity may slightly improve compared to the last week of the year as 2016 kicks off, players opine, but it is widely projected that demand will not see a real boost until after Chinese New Year holidays due to be celebrated in February. Prices in South East Asia, meanwhile, weakened over the past week with players foreseeing renewed discounts citing sufficient PP and PE supplies amidst newly added coal based capacities from China.

In Turkey, polyolefin prices saw further reductions as trade was thin ahead of January price announcements. PP and PE are expected to sustain their weakness into the new year amidst questions about how much longer prices will continue to move down. Tight European PE availability may help Middle Eastern and Iranian suppliers divert their allocations to this region rather than lowering their offers further to Turkey, particularly if demand happens to be satisfactory when European players return to their desks. Needless to say, all players will be tracking the upstream chain, particularly crude oil prices, closely in the coming term.

In Egypt, lower Middle Eastern announcements emerged for the new month. A Saudi Arabian major producer revealed $80/ton drops for homo PP compared to late December levels, while their new PE offers were down by $50-100/ton from early December. In Kenya, the supplier’s PP and PE prices for the new month represented rollovers to $30/ton drops.

In Europe, PP and PE sellers had wrapped up their business in December before leaving for Christmas Holidays. The main driver behind the firmer market levels was tight supplies across the region. Although January propylene contracts settled down €50/ton and ethylene was agreed with a €27.50/ton drop, sellers argue that availability may not improve this month either which could keep their hand strong to try rollovers or even small hike requests, according to ChemOrbis.