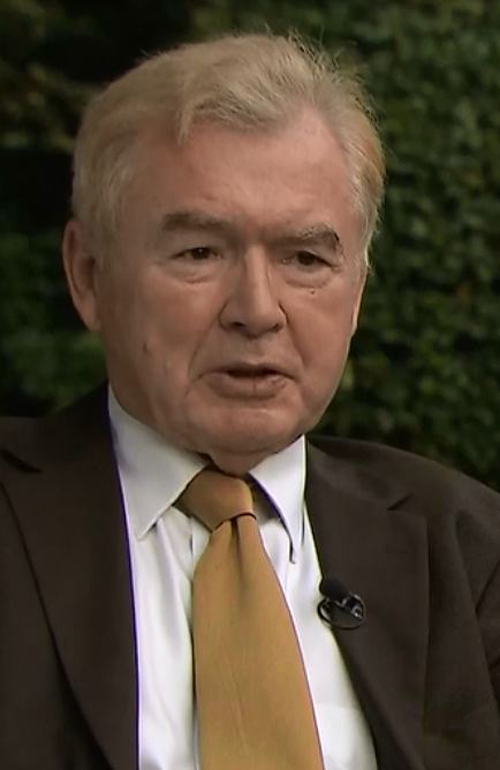 Uwe Wascher, one of the co-founders of Polyscope, is to be honored by the Society of Plastics Engineers’ European Automotive Division with its lifetime achievement award. The award will be formally handed over by SPE representatives on Monday 21 October at 14.00 hrs on the Polyscope booth in Hall 5/stand E08 at K 2013.

The SPE Automotive Division Central Europe is dedicated to educating, promoting, recognizing, and communicating technical accomplishments for all phases of new automotive plastics and plastic based composite developments in the transportation industry. In addition to providing members with the latest information on technical developments in automotive plastics, the organisation does, from time to time, recognise individuals and companies for innovative new uses of plastics in the automotive industry.

In a statement, SPE Central Europe said it had decided to grant this prestigious award to Mr. Wascher in celebration of the 15th SPE Automotive Award Night: “SPE Central Europe honours Uwe Wascher as an innovator for using thermoplastics in automotive.”

In a statement, SPE highlighted Mr. Wascher’s contribution to the industry: “Mr. Wascher introduced new plastic applications for vehicle construction. In doing so he has exerted a global influence on development of polymer processing and plastics applications throughout the automotive industry. Together with his team at GE Plastics, he quickly realized the many opportunities for plastics in vehicle construction. He added to introduction of the first injected molded dashboard as pebbled, visible part in Golf I, followed by further milestones such as the first thermoplastic bumper worldwide, the retractable doors and body exterior parts for the BMW Z1, not forgetting the full plastic body shell for the first Smart generation.”

An SPE spokesperson added: “In addition to many other inventions and patents, Uwe Wascher also introduced twin wall sheet, which today is a multi-billion dollar business. And in his current business ventures he continues to make an impact by, amongst others, the introduction of styrene thermoplastic with excellent features.”

On receiving news of the award, Uwe Wascher said: “It is a great honor to receive this award. All the more so, because I value the activities of the SPE Automotive Division – and fully underwrite their mission and objectives. There are many exciting developments and achievements in polymers – and I am proud of the achievements of all of my teams. To be successful, you need knowledge, but also the drive, perseverance and you must want to compete. I love to compete.” He added: “Of course this is an automotive award. But there is so much in plastics. In the past we had the plastics house in the US with lots of innovation. I am convinced that fresh thinking remains absolutely necessary.”

Speaking of his experience in the industry, he said: “Innovation is based on superior material performance and commercial success is achieved through material science. I believe that my major achievement is converting an application by changing the material. I will continue to be intimately involved in the plastics industry as a stakeholder and Chairman of Polyscope – a successful start-up that has already received several recognitions and rewards.”

Speaking about Polyscope, he said: “I strongly believe that there are still many boundaries to cross and many innovations to come for plastics in automotive. Through Polyscope, we have been able to expand the product-basket available to the industry – by enhancing the performance of key materials used in cars. It is exciting to be part of the way forward.”

About Uwe Wascher
Uwe Wascher was born in Braunschweig, Germany and holds a degree in Chemical Engineering and Plastics Technology from the Plastics Institute in Darmstadt, Germany. He has a Master of Polymer Science equivalence degree from the Massachusetts Institute of Technology (MIT) and owns several patents.

Uwe had a longstanding career with General Electric (GE) both in Europe and the United States. In his last position he was Senior Managing Director of GE Plastics in Europe, responsible for Europe, Africa, the Middle East and India. In that position, he also chaired GE’s Corporate Executive Council for Europe and was the initiator of key European initiatives in GE such as the implications of the introduction of the Euro and the European Works Council legislation. Uwe was a Vice President of GE for 16 years.

Today, Uwe Wascher specializes in mergers and acquisitions consultancy and start-up advice in the areas of specialty chemicals, plastics, medical and logistics. Through his company, Wascher and Partner, founded in 2000, Uwe has also invested in start-up companies in Israel, the Netherlands, Sweden, and China, engaged in biopharmaceuticals, software, logistic systems and polymers. He resides on the board of all the companies and advises on strategy and implementation.

Philip Law To Be Next Director-General

Plastic Usage Increases Amid the COVID-19 Outbreak. Recycling Slumps by -5. 1%. In what is emerging to be a biggest blow to the environment, global plastic recycling is expected to slump by -5.