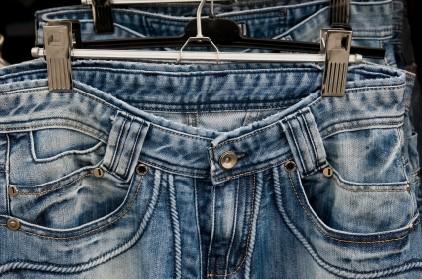 Carmakers are looking more closely at their ecological footprint in the planning stages of a new vehicle with European Union legislation requiring that a large portion of the materials used in building a motor vehicle are substances that can be reused.

With the debut of the new Ford Focus early last year, the car maker revealed that parts of old jeans had been reused in the door upholstery and that polyethylene plastic bottles had been molten and mixed with other materials to find their way into the dashboard and insulation.

Sports car maker Porsche is also keen to point out that legal requirements for recycling are being met.

“For us, however it is important that the material meets the demands for sturdiness, longevity and complies with the function of parts,” says press spokesman Hermann-Josef Stappen.

An EU directive requires that, from the year 2015, some 95 per cent of the vehicle weight has to be recycled. Until this deadline the requirement is 85 per cent. Because most cars are on the road for about 13 years, most of the big carmakers already comply with the new legislation.

According to Porsche’s Stappen, some 95.5 per cent of a Panamera can be reused with only 4.5 per cent of material weight being sent to the refuse dump.

“Most of the reusable materials are metals. Here we are no different from other manufacturers,” he says.

Some 67.6 per cent of the materials are steel, aluminium, copper and other metals. Some 11.9 per cent are attributed to the removal of batteries, fluids, wheels and upholstery.

“What environmental impact a vehicle has is largely decided in the developmental stage,” says to Daimler’s spokeswoman Sandra Hahn. The eco footprint is calculated according to standardized procedures.

The end-of-life vehicle directive prescribes that recycled materials should already be used in the production stage. A fixed quota is not given. But by mid-2003 already, toxic materials such as lead, mercury, cadmium and certain chrome materials were prohibited in new vehicles.

To achieve such figures, between 20 and 40 per cent of production residue from glass is reused. Insulation mats are made with recycled materials from the textile industry. Some of the under-body panels come from nappy manufacturers.

The consumer benefits directly from the EU directive, according to Gerd Lottsiepen of the German traffic club (VCD).

“Since 2007, cars have to be taken back by the manufacturers free of charge,” he points out. But it also has advantages for the car makers, in view of rising steel prices.

Drugs jet into the human body with new device