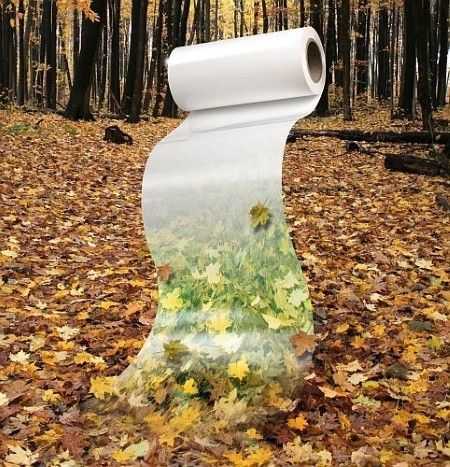 Innovia Films, a leading global manufacturer of Biofilms, and Corbion Purac, a global leader in lactic acid and lactides, are joining forces to develop PLA (Poly Lactic Acid) film that is both transparent and resistant to higher temperatures. High heat PLA was brought to market following dedicated research efforts by Corbion Purac. As a result, Innovia recognized an opportunity to work together to further develop a transparent, heat resistant PLA film.

Many biopolymers, including existing PLA, have limited heat resistance, meaning that brandowners and packaging converters are limited to oil-based plastics for many applications. However, Corbion Purac and Innovia are working together to create a biobased, temperature stable, transparent PLA film. Early product development has shown that these films exhibit considerably less shrinkage at high temperatures compared to existing PLA films and offer properties much closer to oil-based PET.

Possible opportunities for the new bioplastic film include both food and non-food packaging and many industrial applications. In food packaging, for example pouches such as juice or soup pouches, the new PLA film will be able to withstand the temperatures required for sterilization. Non-food applications could include release liners for pressure sensitive products, window films, and protective films for smartphone screens. Many of these applications require thermal stability during processing or use.

Steve Langstaff, Product Development Manager at Innovia sees the product as a major breakthrough. “Dimensional stability, particularly at high temperatures is a real weakness in biofilms. This new development will fill a performance gap in the market and is a great opportunity for both Innovia and Corbion Purac”.

Corbion Purac’s lactide monomers are sourced from GMO free, renewable feedstocks such as sugarcane, and form the basis for high performance Poly Lactic Acid bioplastics (PLA). The resulting homopolymers have already proven to withstand boiling water, and can now boast performance characteristics to rival their oil-based counterparts. As a result, PLA can replace oil-based plastics and alleviate our dependency on fossil fuels.

Jeroen Jonker, Senior Vice President Bioplastics at Corbion Purac is pleased with the partnership: “Innovia, a recognized leading player in the global film industry, is the right partner for Corbion Purac to develop this groundbreaking PLA film. By pooling our expertise and combining our research strengths, we can develop a biobased performance film to rival traditional, oil-based standards. This will provide brandowners with the opportunity to select a more sustainable alternative for their film applications.”

Together, the companies have successfully produced a range of prototype transparent films. These will be available for viewing at the K Show, Hall 5, Corbion Purac stand 5B22, from 16th – 23rd October in Dusseldorf, Germany.

Würth Additive Group: New Partner for Freeformer in the USA and Canada