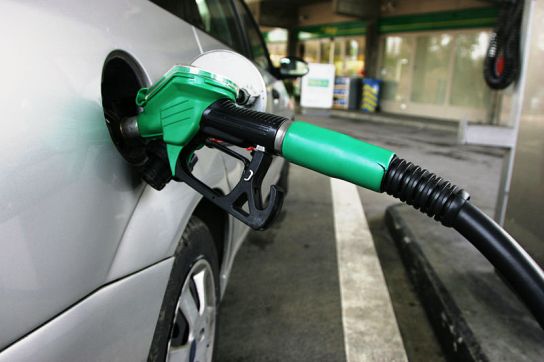 BANGKOK (AP) — Crude prices fell Wednesday after finance ministers from the world’s leading industrialized economies called on oil producers to increase output and said they stood ready to ask the International Energy Agency to release strategic reserves. Benchmark oil for October delivery fell 48 cents by midday Bangkok time to $95.85 per barrel in electronic trading on the New York Mercantile Exchange. The contract rose 86 cents to finish at $96.33 per barrel on the Nymex on Tuesday.

Brent crude fell 9 cents to $112.49 in the ICE Futures exchange in London. A statement released by the Group of Seven finance ministers and posted on the U.S. Treasury Department website late Tuesday said the ministers were concerned about the impact of rising oil prices on the global economy and were prepared to act.

“We encourage oil-producing countries to increase their output to meet demand,” the statement said. “We stand ready to call upon the International Energy Agency to take appropriate action to ensure that the market is fully and timely supplied.” The Obama administration has also said it would consider releasing oil from the country’s emergency reserves to keep fuel prices in check.

Benchmark U.S. oil has risen about 22 percent since late June. Brent crude, which is used to price international blends that many U.S. refineries use to make gasoline, is up about 23 percent in the same period. Meanwhile, analysts at Bank of America Merrill Lynch said in a market commentary that the eurozone debt crisis was weighing on oil prices and that without banking integration and monetary easing by the European Central Bank, “downside risks to oil will likely keep growing.”

Proposals from the European Commission for unified supervision of banks within the European Union are expected next month, and some view it as a key step toward ending the continent’s financial crisis. Hurricane Isaac, a Category 1 storm, made landfall Tuesday night but appeared to be weakening, easing fears about how much — and for how long — the storm’s powerful winds and driving rains would affect oil production and refinery operations in Gulf of Mexico region.

Refineries should escape significant damage if Isaac remains a Category 1 storm. In other energy trading, heating oil fell less than one cent to $3.122 per gallon. Natural gas fell nearly 2 cents to $2.596 per 1,000 cubic feet.

A media war over BPA