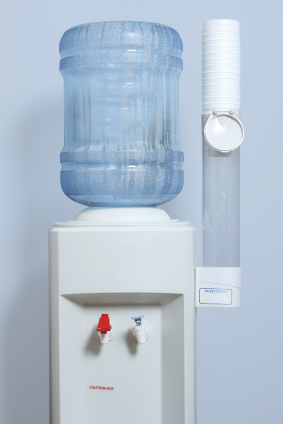 It seems that New York Times’ opinion columnist Nicholas Kristof has made it a priority to write about the chemical industry, or as he likes to call it, “Big Chem.” Kristof has written several columns regarding the potential health effects of BPA stating in his latest that “following the script of Big Tobacco a generation ago, Big Chem has, so far, blocked any serious regulation of these endocrine disruptors, so called because they play havoc with hormones in the body’s endocrine system.”

“Shouldn’t our government be as vigilant about threats in our grocery stores as in the mountains of Afghanistan?” he wrote. Well, Kristof’s columns have created a bit of a firestorm among other media professionals. Deborah Blum, science writer and a professor of journalism at the University of Wisconsin, didn’t hide her frustration.

“But if we, as journalists, are going to demand meticulous standards for the study and oversight of chemical compounds then we should try to be meticulous ourselves in making the case. And much as I would like it to be otherwise, I don’t see enough of that in Kristof’s chemical columns,” she wrote.

And a Forbes article by Trevor Butterworth, also criticized Kristof’s columns. He wrote, “journalists like Kristof has not just wildly distorted the actual scientific evidence on BPA, it is contributing to a more general and broader assault on scientific integrity.” As packaging editor for PlasticsToday, I’ve covered BPA extensively. I recently worked with Packaging Digest, our sister publication, on an in-depth feature about BPA in packaging.

Now something I’ve noticed with some media coverage, it seems some don’t truly understand what BPA actually is. Rarely do you see BPA described as a synthetic estrogen used to produce polycarbonate (PC) polymers and epoxy resins, or that the main polycarbonate material is produced by the reaction of BPA and phosgene COCl2.

As a matter of fact, I hardly ever see PC actually referenced in BPA articles. I think this quote by Stuart Yaniger, VP of research and product development at PlastiPure, can apply to some in the media as well: “If you stop 10 people on the street, and ask them about BPA, they know right away that it’s supposed to be considered bad,” he said. “But if you ask a follow-up question about why it’s bad, expect to get a blank look because they don’t know why.”

To say opinions vary greatly regarding the health effects of BPA is probably the understatement of the century. Some studies state there are no health concerns, while others claim there are a number of health effects. For example, recent research states that even low levels of BPA can cause harm in the mammary gland, prostate tissue, and brain. In addition, some studies have found links between BPA and cardiovascular disease, obesity, and possibly diabetes.

In my BPA article, I talked with Sam Stewart, VP of sales, Bayer MaterialScience and he told me polycarbonate is the plastic of choice for Bayer due to its balance of properties, clarity and mechanical, impact, chemical and heat resistance, “which make it ideal for a wide range of applications in various industries, including food contact, medical, automotive, electronics and construction.”

When it comes to public perception of BPA, Stewart said the company is “concerned that people are not making the right decisions because consumers are being led down a path that is based on emotion rather than sound science.” BPA is one of the most thoroughly tested chemicals in commerce today, and it is so widely used that it would be unwise to attempt to replace it with anything that is less tested, Stewart said.

Environment advocacy group The Natural Resources Defense Council (NRDC) took a stand against BPA as a whole, and asked the FDA to eliminate the chemical from all food packaging. When the agency didn’t take action, the NRDC sued the FDA in 2011, and asked the U.S. District Court for the Southern District of New York to compel the agency to respond. Later that year, the court issued a consent decree requiring FDA to make a final decision on NRDC’s petition by March 31, 2012.

March 31 rolled around, and the FDA ultimately decided not to ban BPA from food packaging, which outraged various groups and some consumers. What was missing throughout the noise of anger, was that the FDA clearly said the decision, was “not a final safety determination and the FDA continues to support research examining the safety of BPA, and will make any necessary changes to BPA’s status based on the science.”

FDA is working toward completion of another updated safety review on BPA this year to include all relevant studies and publications, and is also working with the National Institute of Environmental Health Sciences, which has invested $30 million into research on BPA. I’m not here to tell journalists how to do their job what to write about, etc., but I do feel that we all have a responsibility to share facts even in opinion pieces.

Think of it like fantasy football, you can’t be expected to make a decision about who the best player is without reading several different resources. If you read just one opinion column that states Tim Tebow is a dream pick as a fantasy QB, well, your line-up might turn into a nightmare.

Author plasticsinfomart 116
Adam Lowry, co-founder of US-based hygiene products company Method Products Inc, revealed in his blog on www.treehugger.com that his company has, in partnership with...
Read More