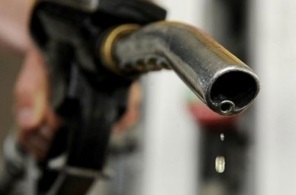 BANGKOK (AP)–The price of oil remained below $92 after a private survey showed a worse-than-expected dip in China’s manufacturing for the month of May.

Benchmark oil for July delivery fell 12 cents to $91.85 per barrel at midday Bangkok time in electronic trading on the New York Mercantile Exchange. The contact fell $1.64 to close at $91.97 Friday in New York.Oil prices are being pressured by weak economic outlook around the world. Faltering economies demand less gasoline, diesel and fuel from drivers, shippers and industries.

On Monday, HSBC Corp. issued a survey showing manufacturing in China had slowed to 49.2 for May. Analysts had expected a reading of 49.6. On a 100-point scale, readings below 50 indicate a contraction. The 17 countries that use the euro are mired their longest recession since the currency was introduced in 1999.

The U.S. economy, meanwhile, grew at a modest 2.4 percent annual rate from January through March, slightly slower than initially estimated. That, coupled with higher oil production and the use of more fuel-efficient vehicles, has sent the nation’s oil supplies soaring.The U.S. Energy Department said the nation’s supply of oil rose last week by 3 million barrels to 397.6 million barrels, the highest level since the government started collecting the data in 1978.

Brent crude, a benchmark for pricing oil used by many U.S. refineries to make gasoline, fell 7 cents to $100.32 in London.

In other energy futures trading on the New York Mercantile Exchange: