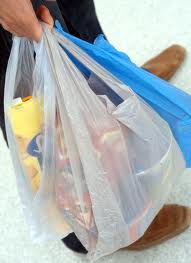 NEW YORK: The California Senate has turned down the bill for imposition of plastic ban by an18-17 vote.

This is the eighth time the Senate has failed to pass the bill. The bill 405 is said to have the full support of the environmentalist groups and Grocer’s Association. The bill required 21 votes to be passed by the Senate.

The bill was mainly opposed by Senators representing low-income districts. They argued that the bill would bring economic burden to the society as they will have to pay for reusable bags. There were a large number of supporters of single-use plastic bags too. The ban on plastic bags is feared to create job problems as well, they say.

The environmentalist groups are confident that the bill will finally go through and that their efforts towards the passage of the bill would continue. According to available data, the usage of plastic bags in the State has dropped significantly in the past 8 years.

The yearly plastic bag usage in 2005 was 21 billion, whereas it has dropped by almost one-third to reach 14 billion bags per year last year.

According to Californians Against Waste (CAW)-a prominent environmentalist group who supports the bill, plastic bags will be extinct from California before the end of this decade.