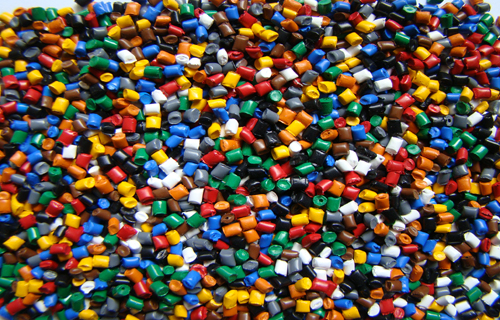 PLA increases the heat distortion temperature (HDT) and impact strength of the resin and reduces its cooling time in injection molding, making possible semi-durable and durable applications that until now have been closed to standard PLA.

Teknor Apex Company has announced the development of a new series of masterbatches for polylactic acid bioplastic that increase the heat distortion temperature (HDT) and impact strength of the resin and substantially reduce its cooling time in injection molding. The new Terraloy masterbatches, say the company, open the way to semi-durable and durable applications, which until now have been closed to standard PLA.

Terraloy 90017A and 90017B masterbatches are based on, and are for use with, NatureWorks’ Ingeo High Performance (HP) resin. NatureWorks developed Ingeo HP resin to provide a higher HDT and greater impact strength than standard PLA, when used with a nucleating agent such as LAK-301 from Takemoto Oil & Fat. Teknor Apex has entered into a strategic alliance with Takemoto Oil & Fat in developing the new masterbatches based on NatureWorks Ingeo biopolymers.

While the nucleating agent can play a critical role in reducing cooling time by promoting the crystallization of PLA, it is difficult to disperse properly in the HP polymer, Teknor Apex says. By combining the nucleating agent with other ingredients, Teknor Apex says it not only improved dispersion but enhanced the overall property profile of the resin, while shortening cooling time from nearly 300 seconds to less than 40.