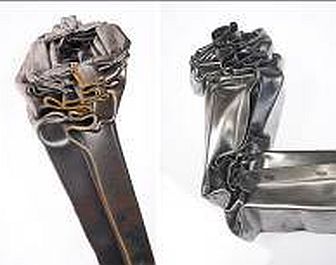 Henkel has developed the new Loctite MAX2, a polyurethane (PU)-based composite matrix resin with short curing time and ease of use for mass produced automobiles.

As introduced, Loctite MAX2 not only cures significantly faster than standard epoxy resins, during injection its lower viscosity also enables more efficient, gentler impregnation of the fibers. The material produced is less brittle and with improved tear strength, ensuring that composites can be mass produced with good cost efficiency and process reliability.

An automobile assembled using extensive adhesive bonding produces better crash test results than a car that has been riveted or welded. “Because the bonded joint can deform in the event of impact, a portion of the crash energy is absorbed by that deformation work,” explains Dr Stefan Kreiling, Head of Product Development Automotive Europe at Henkel.

The adhesive bonds employed in the body assembly exhibit a number of advantages, according to Henkel, increase the stiffness of the automobile, seal joint seams, reduce the number of welds and render cars more corrosion resistant. In addition, the specialty adhesives used in body construction and final assembly also help to reduce noise.

Henkel has developed a two-stage process for the pretreatment of mixed bodies. In this split approach, a phosphate layer is no longer formed on the aluminum, while the steel and the galvanized steel are conventionally phosphated. By dividing the conversion treatment into two stages, the aluminum undergoes optimum preparation, but only in the second stage, that of post-passivation, through the formation of a zirconium-based conversion layer. The company says this process ensures high quality corrosion resistance combined with very good paint adhesion.

The pretreatment process is also optimized in both qualitative and ecological terms, Henkel states. The amount of energy consumed and chemicals used, such as fluoride, are reduced. Through the elimination of nitrite, there is no occurrence of nitrogen oxide emissions, something that significantly improves occupational health and safety. Similarly, the wastewater no longer needs to be detoxified during the process. And the substantial reduction in phosphate sludge volumes exerts a positive effect on the waste footprint as well as reducing the cost of disposal and process plant cleaning.