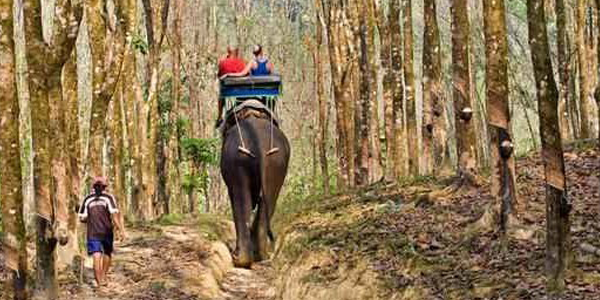 LONDON—Hopes of a sustained recovery in natural rubber prices seem to have been snuffed out by concerns over the Chinese economy.

A downturn in buyer sentiment was evident on the Shanghai Futures Exchange last week, with the most heavily traded rubber future RU1901 in marked decline. The slide—to $1,728 per metric ton at the close of trading Oct. 18—spelled the end of a short-lived price-revival on the SHFE, which peaked at around $1,830 per ton Oct. 10.

The recent rally in prices for the commodity was widely linked to climate-related disruption to growers as well as to robust global demand.

The back-month price for TOCOM’s newly introduced future TSSR was shown to have declined to $1.35 per kilogram on Oct. 17, a fall of 4.5 percent from a week earlier.

The negative sentiment has yet to fully register in pricing figures in natural rubber growing countries, for now at least.

Average weekly prices were stable in producer countries to Sept. 28, according to figures compiled by the ANRPC.

Over the same time frame, prices for STR20 on the Thai exchange and SMR20 in Malaysia remained similarly stable.