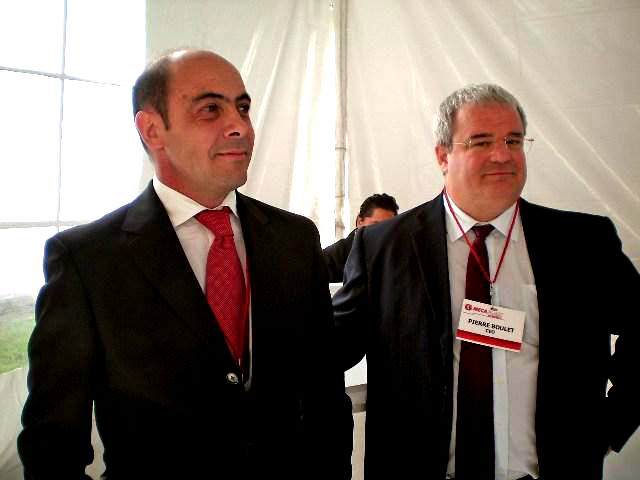 The latest news from the arena of plastic and plastic-allied services reveals that one of the major supplier of auto related products “Mecaplast” is all set to initiate a new and second injection molding facility in Mexico. According to sources the installation and establishment of the plant will be completed and achieved within next 18 months. However, the news that has surfaced in last few days revel that most probably the facility will be installed in the city of Silao.

While detailing about the fact Mecaplast Chairman Thierry Manni told that in the initial phase of the process 10 injection moulding machines will be installed and then further advancement will be done after detailed negotiations with the stakeholders.

Silao is a fast growing industrial zone in this region and is located 300 miles northwest of Puebla. Mecaplast has been working and functioning in this region since 2002 after the acquisition of French supplier Groupe NEYR’s sites in France, Spain, the Czech Republic and Mexico. The site is a matter of special attention because Auto giant like GM (General Motors) has a light vehicle assembly complex and Volkswagen AG produces engines for its Puebla and Chattanooga car assembly plants there. Such arrangement could offer direct access to the products by consumers.

General Motors has a light vehicle assembly complex in Silao and Volkswagen AG produces engines for its Puebla and Chattanooga car assembly plants there. And both of them are the customer of this group. This is only one month back when Mecaplast upgraded its facility to 70,000-square-foot Puebla factory that has around 350 workers and out of these total workers 240 are blue-collar workers. Main line of production of the company in this establishment are body, interior and engine parts which contributed 36.7 million Euros ($50 million) to Mecaplast’s global sales of 661 million Euros ($902 million) in 2013.

The company is of the opinion that it would help stakeholders procuse quality products which the market is demanding for and they hope they will be able to serve their clients more efficiently and promptly. There is no doubt that such type of expansion and acquisition produces job opportunity for people dwelling in the area and the company is hopeful that they will be able to satisfy this.

Author plasticsinfomart 97
Dow Corning expects much of the growth in LED market, as high as 33% compound annual growth rate through 2016 according to McKinsey &...
Read More