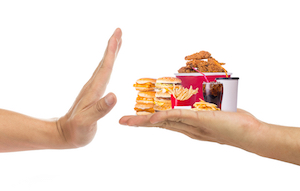 It was probably 20 years ago that I traveled to Salt Lake City for an interview with one of the people in the plastics industry I most admired: Jon Huntsman Sr. I was really excited to sit down with him in his office at the headquarters of Huntsman Chemical Corp.,

then the largest privately held chemical company in the world, and get to know him one-on-one. It was an amazing interview, and one I’ll never forget in my plastics journalism career.

Huntsman told me about the ups and downs of creating a company and products, his successes and periodic failures. One of the first products he developed was the expanded polystyrene (EPS) egg carton, which evolved into the EPS clamshell container for fast-food hamburgers. At the time of our interview, McDonald’s had just decided to eliminate the EPS hamburger container in favor of a paperboard carton.

Obviously, the paperboard container wasn’t as good as its EPS counterpart at keeping the hamburger warm. And we all know the benefits of manufacturing plastic versus paper: Lower energy consumption, less pollution and no massive amounts of water (which is needed in the production of paper). All of that makes plastic the optimum choice for environmental friendliness.

I guess somewhere along the line McDonald’s must have started using EPS for drink cups and containers because of their environmental friendliness and because EPS is now recyclable. EPS is, after all, a good choice for packaging, drink cups and other uses.

But not according to our friends at As You Sow (Oakland, CA), an environmental activist group that spends its time and considerable financial resources persuading shareholders of large corporations that plastic packaging should be eliminated, and holding their feet to the fire with threats of bad publicity if they do not cooperate.

McDonald’s has caved to the group, promising to phase out “harmful [EPS] foam packaging globally,” according to vote results announced at its annual meeting on May 24. The vote (31% of shareholders were in favor) “far exceeds the average voting result of 20% for social and environmental issue proposals.”

Obviously that’s not a majority, which means that most shareholders can see the writing on the wall regarding the hype in which these activist groups engage. While McDonald’s has phased out EPS foam beverage cups in the United States, “it continues to use them in foreign markets identified as having high levels of plastics deposition onto land and waterways, including Hong Kong and parts of the Philippines.” Obviously those two areas have a lot of litterbugs in the populace who don’t care enough about the environment to recycle or put trash where it belongs. That’s the real “social and environmental issue.”

As You Sow noted in its press release that McDonald’s phased out its EPS foam clamshell containers 27 years ago, which it said saved the company an estimated $6 million per year and helped it reduce restaurant waste by 30%, according to the Environmental Defense Fund. The shareholder activist groupalso takes credit for the decision by McDonald’s to phase out EPS drink cups.

Of course it’s not just the environment that draws As You Sow’s concern. It also notes in its press release that the “International Agency for Research on Cancer has determined that styrene, used in the production of polystyrene, is a possible human carcinogen.” (Italics are mine.)

After nearly two decades of study by various health organizations, there is still no proof that polystyrene causes cancer in humans. There was one study that said hamburgers cause cancer, but I think McDonald’s was smart enough to recognize junk science for what it was.

The release also brought up how dangerous EPS is to marine animals that mistake the foam pellets in the water for food, “resulting in death to birds, fish and other marine animals.” Of course that is never the fault of litterbugs and the carelessness of people who really don’t care about the environment and throw foam containers and cups into the waterways. Litter in the environment is a people problem, not a plastics problem, and it is people who need to take responsibility for their actions.