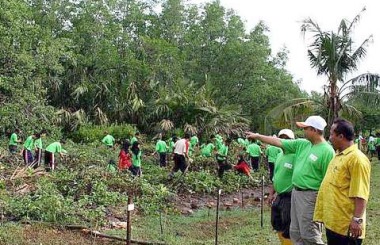 M&G Group, a producer of PET for packaging applications, has purchased land in Corpus Christi, TX where it will build two plants that will manufacture one million tons of PET per year and 1.2 million tons of PTA per year. The company, headquartered in Tortona, Italy, is one of the largest producers of PET resin for packaging applications in the Americas, with a production capacity in 2012 of approximately 1.6 million tons per year. M&G resins are used in the production of disposable and returnable rigid packaging for soft drinks, mineral water, beer, juice, tea, jelly, sauce, cooking oil, cosmetics, fertilizer and disinfectant, among other applications.

A company spokesperson told PlasticsToday economics is the driving factor behind the investment. “The implementation of the newest large-scale technologies both in PET and PTA coupled with the synergies of the location will make this the largest and most efficient integrated PET plant in the world,” the spokesperson said. “However, we also think that, considering the largely old and undersized North American PET/PTA installed base, and the continuing penetration of PET packaging in new applications, our investment will be needed to meet the future North American demand growth.”

The property has been purchased by the M&G Group from the philanthropic organization, The Robert Driscoll and Julia Driscoll and Robert Driscoll, Jr. Foundation. The land is located on the northern side of the Viola Channel within the Port of Corpus Christi. The company spokesperson said M&G had looked at various sites and ended up with a pool of possible candidates that included Texas, Louisiana and Mississippi.

The Port of Corpus Christi is the sixth largest port in the United States, in terms of tonnage, and will soon expand significantly as a major trade gateway for Mexico and Latin America with development of the La Quinta Container Terminal. The Corpus Christi Port Authority, to support the expected traffic growth, have also just announced a major rail expansion. “Among other factors, the oil and gas discoveries at Eagle Ford will come out to be a real dividend for the site, as in general having the raw material sources close to hand,” the spokesperson said.

The new plants will generate approximately 250 new jobs, according to the company. An additional 700 indirect positions are anticipated and as many as 3,000 jobs likely will be created during construction. The new PET single line plant will employ the same technology as M&G’s single reactor Suape PET plant in Brazil, including M&G’s EasyUp SSP technology. Texas Gov. Rick Perry recently traveled to Italy and met with Chairman Vittorio Ghisolfi and other executive leadership from the M&G Group.

“I always appreciate the opportunity to meet with employers that are looking to Texas as the best place to grow their business, and I’m pleased M&G Group is finalizing its plans to create hundreds of jobs for Texans in Corpus Christi,” Perry said in a statement. “The strong business climate we’ve fostered in Texas continues to attract employers from around the world to create jobs and opportunity in the Lone Star State because of our low taxes, reasonable regulations, fair courts and skilled workforce.” The company spokesperson said M&G will break ground after all permits are obtained, which they estimate will be before the end of 2013. Startup is projected for the end of 2015.

Tracing the path of vehicle fuel efficiency with plastic compounding