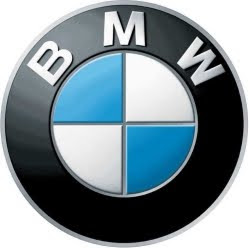 Automaker BMW captured the number-one spot in supplier relations in the latest IHS Supplier Business Supplier Relations Survey (SuRe). The survey results came from 230 supplier executives with a total of 6450 contacts with automotive OEMs globally, 67% of those having more than $101 million in sales. The results released by IHS Supplier Business in its 8th Annual OEM-Supplier Relations survey shows that BMW is the number-one rated automaker in the world. The findings were presented at the Automotive News Congress in Monaco last Thursday. BMW scored 617 out of 1000 points in the 2012 Supplier Relationship index, a ranking of 28 global automakers done by suppliers.

According to suppliers, the key reason BMW achieved this ranking is that BMW provides them with the potential to make a profit over the lifetime of a contract, noted Matteo Fini, IHS analyst who led the study. BMW’s score has been affected in recent years by cost-cutting programs, and even with this year’s victory, the automaker is still well below the 650-point threshold that Fini said indicates a good relationship between the two sides. Porsche, last year’s highest-ranked automaker was second with 611 points, while Mercedes-Benz came in third with 606 points, and Jaguar Landrover was fourth with 599. Toyota followed with 599 points as well. Forty-six percent of the respondents were in North America and 40% in Europe, 10% in Asia, and the balance in the Middle East and Africa.

Overall, the average score for automakers rose to 515 from last year’s 514 points, which was the lowest SuRe index total since the statistic started being kept in 2007. This year’s score also is well below the average scores recorded in previous years of the study. Supplier executives rated the automakers on 29 metrics such as payment terms, quality of communication, keeping agreements on price, demands to achieve high quality, and opportunities for new or increased business.

What having a high SuRe means for the supplier is that in the area of costs/competition, savings are achieved concertedly and with the support of the OEM, healthy margins are achievable, and there is no threat of retaliation from the OEM. For the OEM in this area of costs/competition, the supplier is more willing to open its books to the OEM, and is unlikely to claim inflated additional costs.

In the product development category, for the supplier, OEMs with a high SuRe are those whose personnel support the supplier in the different phases from contract negotiation to the actual supply period, and communication is clear and effective. For the OEMs, the benefit of having a high SuRe is that the supplier is likely to respect OEM deadlines in development. Additionally, there is a lower risk of being overcharged in the event of ECOs (engineering change orders) or in tooling costs claims.

Arburg to set up expert teams for automation business in China

Author plasticsinfomart 102
Amcor Rigid Plastics and plastics machinery manufacturer Sacmi have teamed up for the commercialization of the industry’s first compression blowforming (CBF) machine for the...
Read More

Author plasticsinfomart 17
Delcam has launched the 2013 R2 versions of its PowerSHAPE CAD software family with new tools and enhancements for solid modelling and for manipulating...
Read More