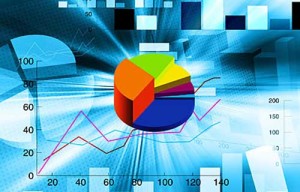 According to Ceresana’s fourth market research on the market for pigments, global sales amounted to 9.7 million tons per year.

The most important sales market in 2014 was the production of paints and varnishes which accounted for 45% of total demand. Processing of pigments in plastics ranked second at a considerable distance, followed by the application areas construction material, printing inks, and paper.

Titanium dioxide (TiO2) remains the most-in-demand type of pigments: It registered more than 59% of total demand. Titanium dioxide is mainly used for paints and coatings: only few micrometers of coating are sufficient to cover the substrate completely.

Additionally, titanium dioxide pigments are used for white paper and the production of plastics on a large scale.

Iron oxides are the most commonly used inorganic color pigments. The continually increasing importance of iron oxide pigments is based on their non-toxicity, chemical stability, wide variety of colors (ranging from yellow, orange, red, and brown to black), and good performance-price ratio.

Carbon black is mainly used as filler for rubber applications, especially in car tires. It is also important for the paint industry being is the most common black pigment used. The smaller the particle size, the deeper the black.

Other inorganic and organic pigments only account for a small share on total global pigment market, registering an amount of 1 million tons. However, their application areas are versatile and they are further increasing.