HCM CITY – Thai investors are increasingly investing in Vietnam’s plastic industry, with many of them keen to fully acquire the government’s stakes in state-owned companies. 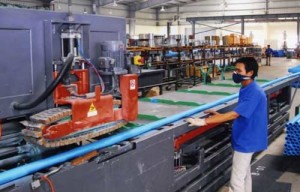 SCG and many other Thai firms are continuing to acquire stakes in plastics companies.

Thai companies are primarily aiming at the top 100 firms, he said.

Lacking the confidence to take on the new rivals, in many cases showing signs of declining production and business capacity, many domestic firms agree to sell out when foreign investors offer high prices for their stakes, he said.

Ho Duc Lam, chairman of the Vietnam Plastics Association, said by increasing investment in the country’s plastic industry, Thai firms hope to both exploit the lucrative domestic market and take advantage of free trade agreements that Vietnam has signed.

The plastics industry is one of the fastest growing in Vietnam, expanding annually at 16-18 per cent in 2010-15, Lam, who is also chairman of Rang Dong Plastic joint Stock Company, said.

But with the annual plastic consumption per capita in Vietnam at just 41kg, much lower than in other countries, the prospects remain huge, he said.

Anh said Thai firms only pay one per cent or even zero per cent interest on bank loans for certain projects, while Vietnamese firms have to pay 6-7 per cent, making it hard for them to compete with the Thais.

To support domestic companies, it said HCM City should create an area exclusively for plastic firms and develop a production chain model to reduce costs.