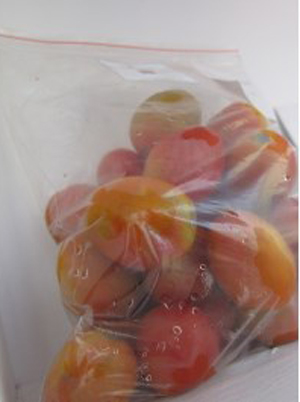 Due to their considerable importance for the most diverse industrial branches and the wide variety of possible applications, market analysts at Ceresana expect global demand for plastic films to increase to approximately 71 million tons until 2020.

There are distinct regional differences in demand development for plastic films, says the market research company. A notable discrepancy between saturated industrial markets and emerging countries with dynamic development in Asia Pacific, South America, the Middle East or parts of Eastern Europe exists. An enormous growth potential is offered by China and India, which account for about a third of the global plastic films market when taken together.

In the upcoming years, demand for plastic films will continue to increase. Among others, this is due to advantages plastic films offer when compared to flexible packaging made from other materials such as paper or aluminum foil. This effect is felt in the foodstuffs sector in particular, but can also be observed in non-food applications.

Additionally, a change in consumption habits, for example convenience trend, packaged instead of loose foodstuffs, shift towards flexible packaging has positive effects on demand for films.

“We forecast the packaging sector to see demand increase at an Annual Average Growth Rate (AAGR) of 3.7% until 2020,” explains Oliver Kutsch, CEO of Ceresana. Due to their advantageous properties, especially packaging materials made of several different materials and/or layers have increased in importance.

Divergent development can also be observed in regard to the material the films are made of, according to Ceresana’s report. Films based on polyethylene (LDPE, LLDPE, HDPE) accounted for 73% and thus by far largest share of the plastic films market. However, biaxially oriented polypropylene (BOPP) and PET films have been gaining market shares due to their being used for high quality packaging and are developing at high growth rates.

Author plasticsinfomart 21
COVID19 turned our frontline staff into our first responders on the ground. To make our manufacturing operations more resilient in 2021, we need to...
Read More

Pharmaceuticals product will not be packed in plastic bags: Indian government