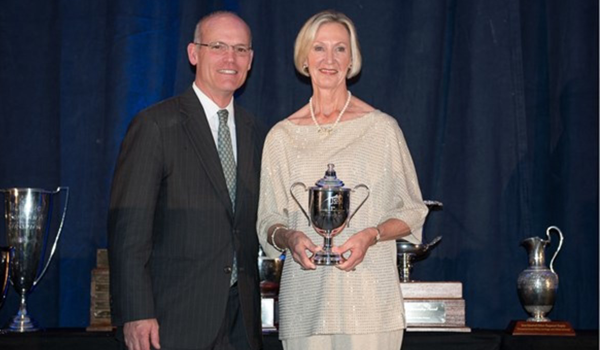 ENGEL, one of the world’s leading manufacturers of injection moulding machines and automation solutions for plastics processing, takes home the gold award of Pegasus, the largest business award in Austria.

“We are very pleased with the award,” says Christoph Steger, Sales Director of ENGEL, who accepted the Pegasus in gold. “This award clearly belongs to our employees, who work with great dedication and passion every day to ensure that ENGEL is so successful throughout the world.”

Across the world, plastic products are manufactured with machines and robots from the Austrian company, from toothbrushes to smartphone housings and automotive components to highly sensitive medical devices. For years the machine manufacturer has been on a continuous growth course.

At present, over 6,600 people are employed by ENGEL worldwide, more than half of them in Austria. In order to meet the further increase in demand for injection moulding machines, ENGEL is hiring additional staff and investing heavily in its sites. In doing so, the family-owned company is clearly committed to its roots. The largest construction projects are in Austria. At the headquarters in Schwertberg, a new production hall and a customer technical centre are under construction. Overall, ENGEL is investing more than €375 million in its production plants alone by 2020. The capacities are increased and the machinery is modernised.

“As a family business, it is particularly important to us that our employees feel comfortable in the workplace. This includes a modern work environment, but above all the reconciliation of family and work “, explains Steger. “Over the last few years, we have implemented numerous measures with our employees that go far beyond the legal requirements.” Thanks to crisis preparedness, a time buffer added by the company can be built up, which can be reduced in times of economic weakness. In-house child care at the headquarters in Schwertberg was so well received that ENGEL, in cooperation with local institutions, now also supports its staff in childcare at the St. Valentin and Dietach sites.

As a globally operative company, ENGEL already targets on inter-nationality during its training. The apprentices work early in international teams and the two best graduates of a year can spend three months in the production plant in Shanghai. In Austria alone, ENGEL trains around 200 young people in eight technical occupations, and the company also provides for the next generation of skilled workers across national borders. At the plants in China, the Czech Republic and Germany, apprentices are being dual-schooled according to the Austrian model. Model is the state-approved training workshop at the headquarters, one of the most advanced in the country.

Already for the 25th time the OÖNachrichten and their partners have awarded the Pegasus. Ten companies were nominated in each of the four categories – Future Hopes, Innovation Emperors, Success Stories and Lighthouses. These were evaluated by a jury consisting of representatives from Raiffeisenlandesbank, Land Oberösterreich, KPMG, Wirtschaftskammer and Industriellenvereinigung Oberösterreich. ENGEL took first place in the Lighthouses category. The award recognises companies that are successful in Europe as well as internationally and that are exemplary for domestic companies.