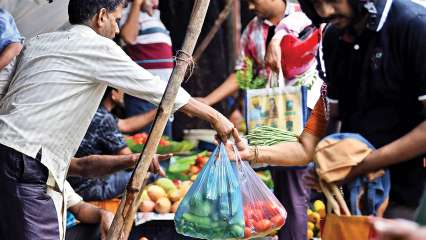 After allowing a relaxation for the use of plastic by retailers for wrapping food items, the state government will turn the screws on tetra-paks and multi-level laminates that are used to package products like liquids, chips and snacks.

The state environment department will make it mandatory for producers to collect and recycle this used packaging material under the extended producers responsibility (EPR) principle.

A senior state environment department official said, the amendment to the plastic ban notification, that was being prepared, would bring tetra pak and multi-level packaging under their ambit. “Producers will get three months to set up a collection and recycling apparatus for these products that are more harmful to the environment than normal plastic. They will have to submit their plans to the state government. If they fail to take necessary steps, the state may have to consider banning this material,” he added.

The amendment will also exclude plastic that is used for retail-level packaging above 250gm, which the official said would overcome much of the resistance by retailers and shopkeepers to the ban. However, this plastic will have to be above 50 microns in thickness. The state government is also examining exemptions for takeaway containers from restaurants, decorations used for Ganesh festivities and garbage bin liners.

“Instead of continuing with a blanket ban on plastic containers used for packaging, we may exclude milk, dairy products and sweets from it. The ban will however continue for packaging of hot food products and eatables due to the health risks of the chemicals contained in the plastic packaging leaching into the food,” he explained.

Earlier, shopkeepers and restaurant owners had complained that while use of plastic for packaging by them was disallowed, multi-layer laminates and tetra-pak that were used by corporates were outside the ambit of the ban, despite them being more harmful for the environment.