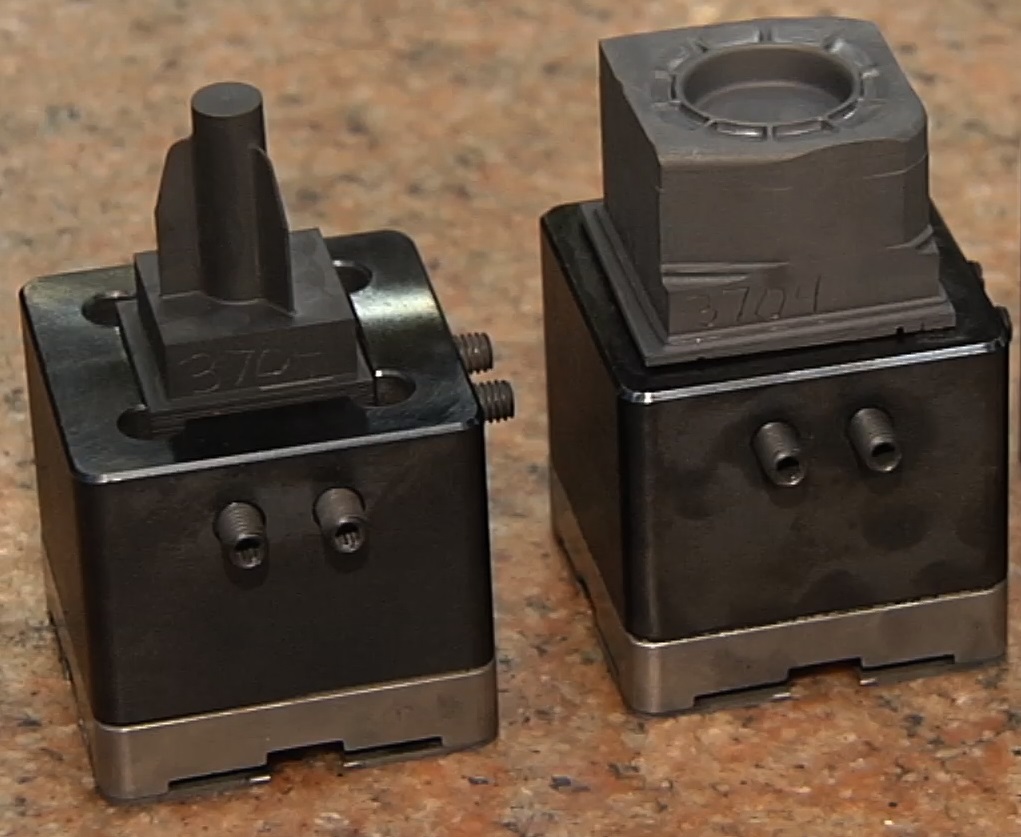 Switching to Delcam Electrode software for the design and manufacture of its electrodes has saved time and money for Cavalier Tool. The company has gone from outsourcing about $600,000 a year on EDM to pulling all that work back in-house with a single OPS Ingersol machine and Delcam’s software.

Cavalier Tools and Manufacturing operates out of Windsor, Ontario, in Canada. Having 35 years’ experience in its field has made Cavalier Tools a key player and a leading innovator in the mouldmaking industry. The company creates 200 or more moulds per year, most of which require multiple electrodes for their manufacture.

Brian Bendig, the President of Cavalier Tools, explained that the business had aspired to expand “without adding bodies, without adding bricks and mortar”. The company’s engineers were aware that EDM was a long process that should have room for improvement. So Cavalier Tools turned to Delcam for the answer: the solution was to add an OPS Ingersol machine and the Delcam Electrode software.

Mr. Bendig described Cavalier Tools as “creative problem-solvers” and this is something to which Delcam can relate. Delcam pays close attention to its customers’ needs and is able to work with other businesses to create customised solutions that allow customers to reach their potential, and to realise their aims and objectives.

Mr. Bendig praised Delcam, saying “Delcam did a really good job of working with OPS Ingersoll in Germany to construct a solution that simplified the EDM process for Cavalier Tools.”

Mark Langlois, the EDM Leader for Cavalier Tools, described the transition to be “like night and day”. Before the Delcam software was added, the EDM process was long and drawn out but “Now, we just take data from Delcam Electrode directly to Ingersoll so there’s no typing. Everything is perfect.”

“We had Delcam customise a few items inside the program menu so that it will meet Cavalier Tools’ needs,” added Mr. Langlois. Delcam was also able to work together with OPS Ingersoll to create a custom script to streamline the programming of the machine’s operations.“EDM was a long process, now it’s just a couple of clicks; I can get my electrode, with literally almost no work. Click, click, click: done” claimed Mr. Langlois. Once the electrode design has been finalised, it can be put straight into Delcam’s PowerMILL CAM system for machining.

The savings Cavalier Tools have made are contributing to steep progress by the company. “We’re roughly five or six times faster than before,” said Mr. Bendig. “The increase in throughput has been phenomenal. We’ve gone from outsourcing about $600,000 a year on EDM to pulling that back in-house with a single machine, utilising Delcam’s software.”

Mr. Bendig highlighted that the increased productivity from having Delcam Electrode and the OPS Ingersol machine has paid for all the costs incurred from buying them. “At Cavalier Tools, we’re always trying to get things done more efficiently: with Ingersoll and Delcam products, we can outdo everybody else.”