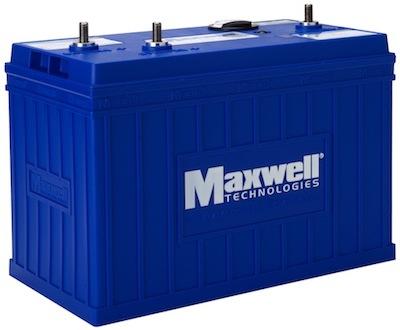 In the US, various regulations and standards aim to reduce the amount of petroleum automobiles consume, forcing manufacturers to develop fuel efficiency technologies and measures. For example, the Corporate Average Fuel Economy (CAFE) standards mandate an annual incremental increase for new passenger cars and light trucks to reach an average 54.5 miles per gallon (MPG) fuel economy by 2025. And effective in 2014, the CAFE standards will extend to heavy-duty commercial trucks.

Additionally, proponents of fuel taxes advocate raising taxes on fossil fuels, which will promote sustainability by putting petroleum on equal pricing as cleaner, renewable fuels. As of January 2013, the average US fuel tax per gallon of gas is 48.8 cents, while the average fuel tax per gallon of diesel is 54.4 cents. Hiking the tax on gasoline and diesel drives consumers to consider alternative transportation methods.

Given these demands, and the rising fuel prices, vehicle manufacturers are looking to increase fuel efficiency. One option to make vehicles more efficient is to make their battery systems more efficient.

In electric and hybrid electric vehicles, batteries give sustained power at a fraction of the cost of gas to run vehicles. While lead-acid and nickel-metal hydride batteries are more mature battery technologies for hybrid and electric vehicles (EV), attention has shifted to lithium-ion batteries as a popular option for automotive applications because of their ability to pack a big punch in a small package. They have high energy density but low weight, so they can provide power to an EV without weighing it down. A lighter vehicle means a more efficient vehicle because it reduces the amount of energy needed to operate.

However, batteries do have their downside. Though they have high-energy density, they do not have long lifespan or cycle life, which make them imperfect for certain applications. It is important to choose the right combination of energy storage and power delivery solutions for each particular application.

For example, ultracapacitors offer highly efficient, high-energy, high-performance power in extreme temperatures. They have a long lifespan with little to no maintenance and often outlive the applications they enable. In industries including automotive manufacturing, ultracapacitor technology reduces cost and increases energy efficiency by delivering quick bursts of energy during peak power demands, then quickly storing energy and capturing excess power that would otherwise be lost.

For these reasons, and the fact that they are energy source-agnostic, ultracapacitors, which discharge and recharge quickly, are efficient complements to any primary energy sources such as lead-acid batteries, lithium-ion batteries, fuel cells, or internal combustion engines.

When paired with ultracapacitors, batteries operate more efficiently, reducing the consumption of fuel. Ultracapacitors increase the hybrid-electric system’s power density when paired with lithium-ion batteries. Argonne National Laboratory found that using an ultracapacitor in parallel with a lithium-ion battery system in EVs and plug-in hybrid vehicles (PHEV) reduces the wear on the battery. EVs and PHEVs stress batteries more than other applications by requiring more of the available energy in the battery. This leads to increased wear and decreased lifespan for the battery, which then results in a costly replacement.

Using ultracapacitors to aid lithium-ion battery systems evens out the peaks and valleys of a vehicle’s energy demand. The ultracapacitor absorbs the power peaks, making the vehicle more energy efficient and extending the lifetime of the batteries twofold.